The Evolution Of Sports Broadcasting, From Radio To Streaming: A Testament To Human Ingenuity

Humanity has a long way to go.

We still don’t have a cure for the hiccups, or a collective strategy on climate change, or a way to cancel a gym membership without sending a notarized letter via carrier pigeon.

But, despite the innumerable hurdles we’ve yet to conquer, we should be encouraged by the monumental advancements in sports entertainment, particularly the in-home fan experience.

Less than a century after American inventor Philo Farnsworth completed the prototype of the first TV system, products like ESPN+ give us the luxury of live-streaming 500+ college football games from 16 different conferences, on top of the ability to rewind and replay on up to three devices at once—all for the monthly price of a couple gallons of gas, which we somehow still use to fuel our cars.

But the real scope of of ESPN+’s cutting-edge technology may best be demonstrated with an evolutionary deep-dive of sports broadcasting, dating back 100 years (almost to the day) since the first sporting event was broadcasted by radio.

The world's first sports broadcast is made on radio by Florent Gibson of the Pittsburgh Star newspaper, who transmits on station KDKA commentary of a fight between Johnny Ray and Johnny Dundee at Motor Square Garden in Pittsburgh. pic.twitter.com/t5divuAWJz

The first voice broadcast of a sporting event took place in April 1921, a 10-round, no decision boxing match between International Boxing Hall of Famer Johnny Dundee and Johnny Ray at Pittsburgh’s Motor Square Garden.

If only Dundee were around today to humble the Paul brothers.

ESPN+’s launch content included Top Rank boxing and extended to other combat sports, including UFC. In 2019, ESPN+ became the exclusive U.S. carrier of all UFC pay-per-view events for residential customers. 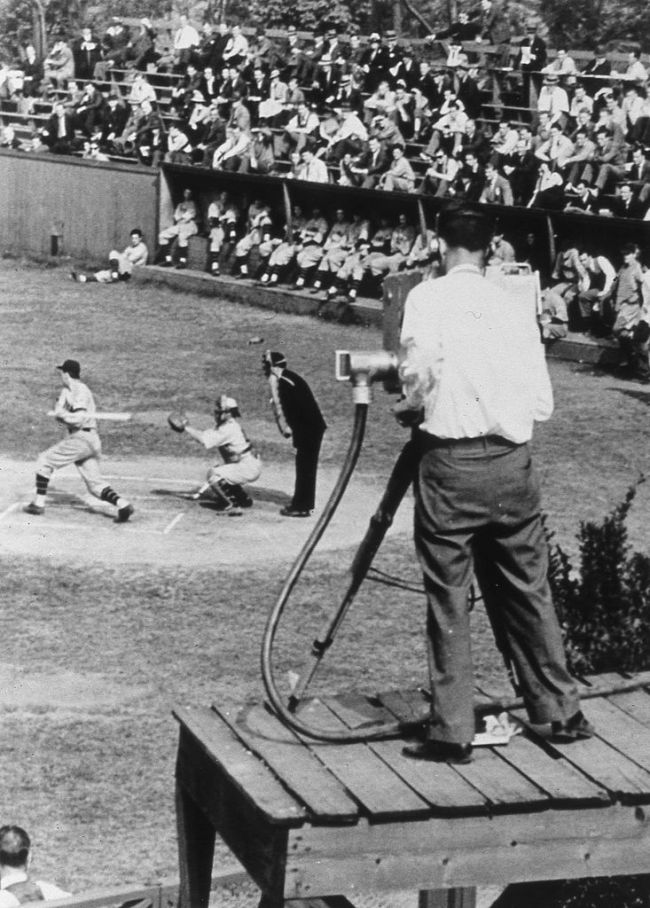 May 17, 1939. A game between Columbia University and Princeton was broadcasted to only 400 televisions in the country capable of receiving the transmission.

Sports television broadcasting was so green, the camera panned from pitcher to batter in a fruitless attempt to follow the ball, effectively just dizzying the viewer.

In 2020, the MLB doubled the number of high-frame-rate 4K cameras with zoom lenses available for video reviews to 24.

The slow motion bat flip is so nice pic.twitter.com/lx6Kw1UHuu

Today in 1951, the first @MLB game to be televised in color was broadcast (Brooklyn Dodgers vs Boston Braves), pic.twitter.com/1TjuVuz0Ke

August 11, 1951. The first ever color telecasts between the Boston Braves and the Brooklyn Dodgers. The Dodgers delivered a  schalumping on the Braves, 8-1.

P.S. Regretfully, I cannot take credit for the word “schalumping.” It was used at the time by New York Daily news reporter Dick Young, and now I will exclusively use it going forward.

1965: The Introduction Of On-Screen Graphics

Before ’65, white lettering on flip cards was “supered” over the game image, requiring both images to be displayed at half-intensity, thus giving it a grainy, over-saturated look.

In 1965, graphics were matted over the game image and 10 years later, piggybacking off an electronic character generator, the 1975 World Series debuted yellow graphics that were updated during the game.

For perspective, the ESPN graphics team just transformed Matthew Stafford into Marty McFly. Why? Because they can.

The impetus of NFL’s Sunday Ticket package, a subscription service covering every game that is not airing on local affiliates, dates all the way back to 1994 when Sports Bar Operator of the Year Jon Taffer (yes, that Jon Taffer) was tasked with creating the model that would ultimately become the multi-billion dollar enterprise.

BroBible sat down with the Bar Rescue entrepreneur this summer and discussed how he piggybacked compression satellite technology and designed a whole premise around multiple games, ad slicks, merchandising, marketing, and industry promotion.

THINGS YOU MAY NOT HAVE KNOWN:@jontaffer is the mind behind @NFL Sunday Ticket.

He tells the incredible story on our @endless__hustle.

Jon, America owes you a cold one. pic.twitter.com/7HfPAlHq87

“When we were doing that, compression happened. Compression is a satellite technology of compressing signals that allowed you to receive 7 or 8 games on one transponder.

Before that, a sports bar had to have 8 of those huge analog dishes. You needed like a half-acre behind your bar to be able to do that.”

Today in 1998, ESPN debuts the first down line on Sunday Night Football in a game between the Bengals and Ravens. The "1st & Ten" line marked onscreen where the first down line was – viewable by fans at home. #TodayInSports pic.twitter.com/TtrirVp2PD

The all-important yellow first down concept was conceived by inventor David W. Crain in 1978, but the specified cameras, 3D mapping of the football field, and complex projection system necessary to make it happen simply wasn’t feasible at the time.

ESPN debuted the line during a Bengals vs. Ravens game on September 27, 1998, and the work broadcasters needed to do to educate viewers on what the heck was going on is hilarious in retrospect.

Flashback to 1998 when ESPN had to explain the First Down line to those viewers who were worried their TV was broken or possessed by a poltergeist pic.twitter.com/vgrpx4TRgc

The first major sporting event broadcast nationwide in HD was Super Bowl XXXIV on January 30, 2000. By the 2014–15 season, every ABC network show producing new episodes had transitioned to high definition.

The St. Louis Rams beat the Tennessee Titans, 23-16 at the Georgia Dome in Atlanta. HDTV was absolutely necessary for viewers at home to determine the outcome…

Standard definition has no place in a game of inches.

While there’s some ambiguity surrounding who was first, one of the first live sporting events in the U.S. to be streamed was the Ohio State spring football game in 2001 by WBNS-TV, who compressed the video and streamed it on the station’s website.

The game was distributed to Windows mobile devices via the Windows Media Player format. Look familiar? 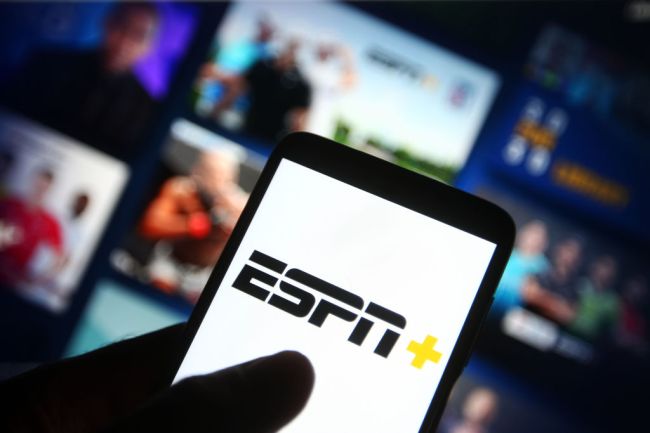 ESPN+’s sports offerings are so expansive, I would not be surprised if they possessed my high school football highlight reel (9 career touchdown receptions, NBD).

From live-streaming to highlights, originals, analysis, here is a far-from-exhaustive summary on what you can expect for just $7 a month.

It’s still amazing to me that I can watch SWAC football on ESPN.

Michael Strahan and the Giants got the last laugh 👀

Sure, we still have to wait in line far too long at the DMV, and take our shoes off in the airport line for some reason.

But the accessibility of sports, all of them, is right at our finger tips.

And for that, I can say I’m proud to be alive.