The PS5 Looks Gigantic When Placed Next To Other Consoles 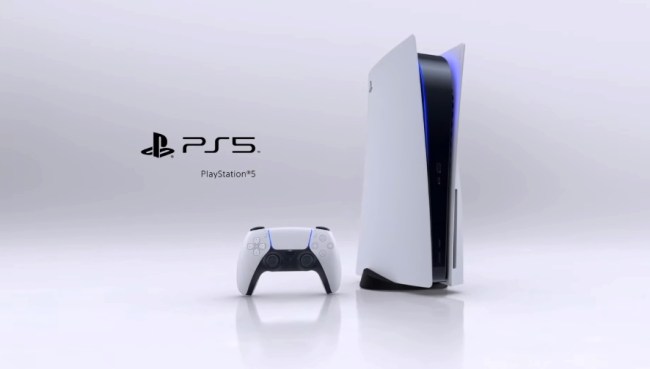 If you plan to purchase a PS5 this holiday season you better clear plenty of space in your living room because it’s pretty damn big.

On Tuesday, members of the media were given early access to the Playstation’s next-gen console which led to countless unboxing videos being released on social media.

This is the #PlayStation5. Out of the box and ready to play! pic.twitter.com/vaOerED0qO

Gaming website IGN had the brilliant idea of putting the PS5 side-by-side with other consoles and it’s clear that the new iteration of the Playstation is the biggest console yet.

We already knew the PS5 was hefty console, but we finally have a sense of just HOW big it is next to previous hardware generations. https://t.co/Vtml8Kl1EE

The PS5 next to the Xbox One X. https://t.co/Vtml8Kl1EE pic.twitter.com/fyZ0qkcUwD

It seems like consoles or only to get bigger with time. Just check out how huge all three of the next-gen consoles are.

Next gen consoles size comparison photo. #PS5 is as huge as expected from other leaked images. On the picture too #XboxSeriesS and #XboxSeriesX

Picture stolen from The @verge pic.twitter.com/vKCjozpM7x