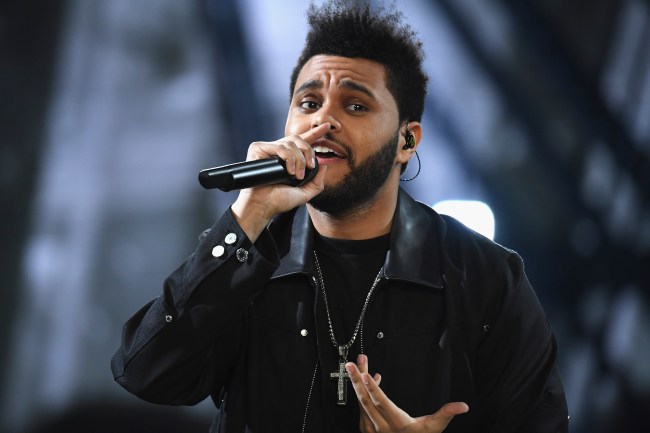 Super Bowl LV in Tampa, Fla. while likely be attended by a limited of fans considering we’ll still dealing with the pandemic in February.

Despite all that, the NFL is still going forward with the annual tradition of putting on a popular musical act for the halftime show for the 100+ million viewers at home who tune in for the

On Thursday, Pepsi, the NFL and Roc Nation announced that the ultra-versatile R&B superstar The Weeknd, will perform during the Pepsi Super Bowl LV Halftime Show, which will air on CBS this year.

“The Pepsi Super Bowl Halftime Show is one of the most anticipated performances of the year and we are thrilled to welcome The Weeknd to the stage,” said Todd Kaplan, VP of Marketing, Pepsi. “Pepsi has worked with some of music’s biggest artists over the years – from Prince to Lady Gaga, Beyoncé, Bruno Mars and most recently Jennifer Lopez and Shakira. After a year that’s largely been void of live music, we can’t wait to watch The Weeknd transform the world’s biggest stage with his limitless talent and creativity, delivering what will most certainly be an unforgettable performance that will be remembered for years to come.”

“We can’t wait to welcome multi-award winning artist The Weeknd to the Pepsi Super Bowl LV Halftime Show stage. In collaboration with the NFL and Roc Nation, we continue to reimagine what a Pepsi Halftime Show looks like with some of the biggest musicians in the world. We expect The Weeknd will continue to raise the bar, setting a new precedent both musically and visually for the most-watched performance of the year.”