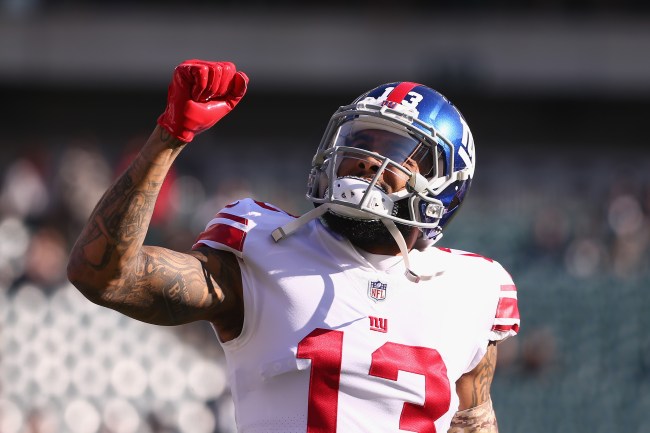 The NY Giants have gone out and said that they wouldn’t trade Odell Beckham Jr. but that hasn’t stopped the trade rumors from gaining steam this offseason.

According to CBS Sports’ Jason La Canfora the Raiders, the Niners, and the Browns are the three teams showing interest in trading for the Giants superstar wide receiver.

“CLEVELAND, OAKLAND and SAN FRANCISCO are the teams I’ve heard most connected to Odell Beckham Jr.”@JasonLaCanfora gives @AdamSchein his perspective on the OBJ rumors making the rounds on social media today. #T2S pic.twitter.com/G2cBGP2SGy

La Canfora’s report comes after rumors about the Browns offer to the Giants for Odell reportedly leaked online.

The Odell to the Niners rumors have also been hot and heavy.

Will the #NYGiants deal Odell Beckham Jr? @timkawakami says those within the NFL think there’s a legit chance he could could get traded and if so, #49ers are a "top-top-top option." (that’s a lot of ‘top’s). Via @patoholloway https://t.co/unUjdEaY4i

While Giants GM Dave Gettleman told the media at the combine that he wasn’t trading Odell, no one appears to believe him.

The amount of ppl who believe the Giants aren’t exploring trading Odell because Gettleman said once they didn’t sign him to trade him is hilarious. Please, keep your head in the sand as the Giants continue to get worse.