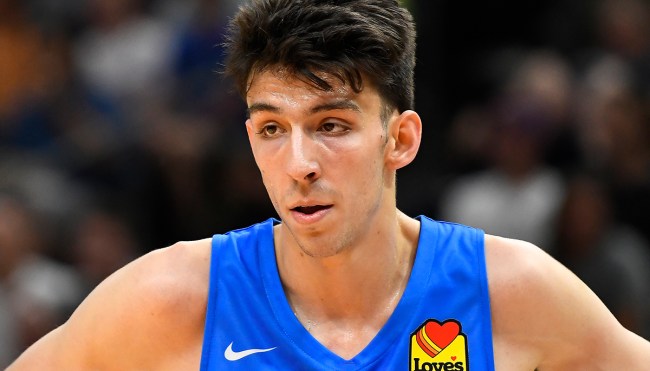 Every professional sports franchise worth its salt goes to great lengths to make sure no stone is left unturned before they commit to picking up a player in the draft.

This means most teams that end up in contention for a highly-touted prospect have a ton of information at their disposal courtesy of the scouting reports that essentially serve as a cost-benefit analysis examining the potential upsides and downsides of scooping someone up.

There was little doubt Chet Holmgren was going to be one of the first names called at the 2022 NBA Draft. The versatile big man proved the hype surrounding him in high school was very real during his first and only season at Gonzaga, and he officially embarked on the next chapter of his career when the Thunder secured his talents with the second-overall pick.

The Thunder obviously knew that was the case when they selected Holmgren, but they obviously determined the pros outweighed the cons and believe he has plenty of time to mature and add the muscle many people think he’ll need to pack on in order to hold his own in the NBA.

Unfortunately, Holmgren will now have plenty of time to accumulate the wrong kind of mass; on Thursday, Oklahoma City announced we’ll have to wait at least one year to watch him make his NBA debut thanks to the season-ending foot injury he suffered during a pro-am game earlier this week.

It obviously didn’t take long for armchair doctors and other self-proclaimed medical experts online to suggest his thin frame may have somehow been a factor in the fracture. It also didn’t take long for Thunder GM Sam Presti to call out those conspiracy theorists while dismissing the notion Holmgren’s weight or conditioning played a role in the setback.

Sam Presti on Chet’s skinny frame being a factor: “It’s an acute injury, it’s an impact injury. It’s a figment of the alternate reality of the Internet. But it’s not reality.”

Other words, no his frame had nothing to do with it.

A video that suggests the injury occurred while Holmgren was trying to stop LeBron James from driving to the basket seems to only cement that reality: there’s not really any exercise that would’ve allowed him to fortify the impacted area, and when you consider it was an “impact injury,” you could argue he’s lucky he didn’t actually weigh more.

However, if you think that’s going to stop people from continuing to speculate, you’ve obviously never been on the internet before.