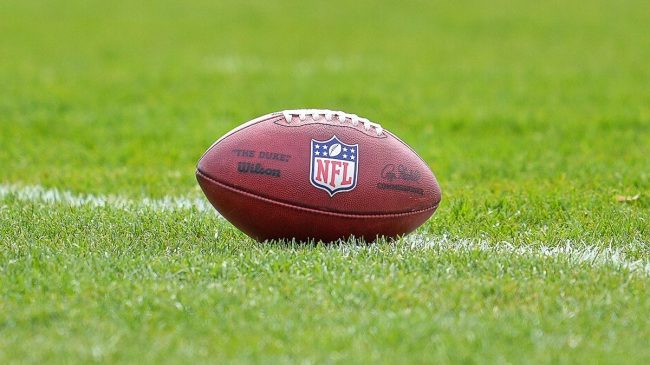 Thursday Night Football will be airing on Amazon Prime this year and it’s received a lot of mixed reviews. For those already Prime members, they’ll have easy access to these games. Meanwhile, for others, it’s yet another streaming service to sign up for. However, NFL on Prime Video is getting some major flack after showcasing a new type of ball for its games. Now, they’re claiming it’s fake and they’re getting lit up by football fans.

After everyone freaked out over the supposed new ball for Thursday Night Football games, it turns out it was just a weird ad campaign. Sure, it got people talking about the NFL being on Prime Video for the 2022 season and beyond. However, Amazon has been absolutely roasted for this whole ad campaign. So much so, that people on Twitter lit them up as we would expect.

We’re not changing the football, just how you watch it. Thursday Night Football – Coming only to @PrimeVideo on September 15th#TNFonPrime pic.twitter.com/JAaE91BH3v

Ali went straight for the throat as this person is clearly tired of the nonsense.

Then Uncle Drunk hit them with the ultimate drunk uncle sarcasm.

Wow you guys totally got us!!

Then there are people like Brenden who are just tired of subscribing to different streaming platforms.

This was the dumbest ad campaign ever. That being said I’d rather they change the football than force me to subscribe to another streaming service just to watch what is normally the worst game of the week! https://t.co/sokPdJEyiY

At least Brad is being honest. Some of us actually did get got.

Thankfully, Thursday Night Football will not be featuring a new type of ball. That would be absolutely insane. We should have known when none of the players in the NFL reacted to it. You’d think wide receivers would be the most upset but no, they were in on it.

So now we can move on with our lives and just watch football on Thursdays again without any worry about the ball looking weird.