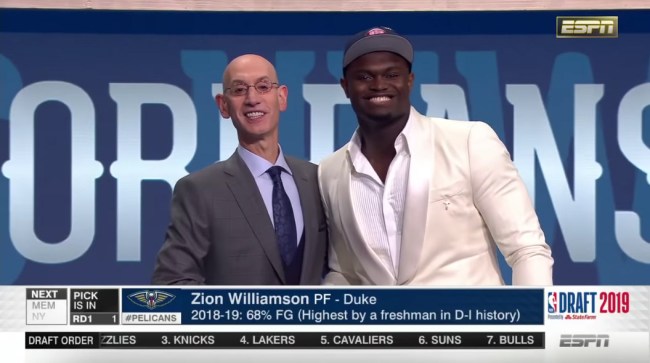 Not since some kid named LeBron James entered the NBA in 2003 straight out of St. Vincent–St. Mary High School have fans been as excited to see a player as they are with the 2019 number one overall pick Zion Williamson.

For proof of that, all you need to do is look at the ticket prices for Williamson’s Summer League games, especially his debut for the New Orleans Pelicans on Friday, July 5th in Las Vegas versus the Knicks and his ex-Duke teammate R.J. Barrett. They are getting very expensive, if you can find them.

UNLV’s ticket site lists the price of General Admission tickets for Day Two of the NBA Summer League at $35.00. I say Day Two because they are completely sold out for Day One.

A quick jog around the internet and the various the secondary market ticket resellers and the General Admission tickets prices you’ll see for Day One of the NBA Summer League are going for between $94 and $151 on SeatGeek.com, between $100 and $400 on StubHub.com and between $118 and $302 on Ticketmaster.

We’ve already seen how Zion Williamson and RJ Barrett have been crushing records when it comes to merchandise sales. Now it looks like the “Zion Williamson effect” has the potential to be as great as the “LeBron James effect” if… he can somehow live up to the hype.