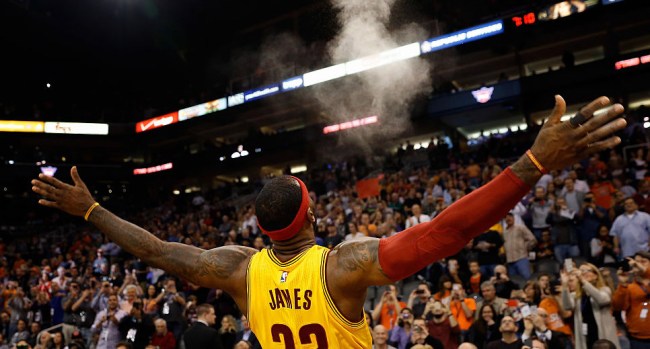 With the NBA Finals underway (and pretty much over) and with LeBron James’ potential free agency looming (Lakers, Warriors, Sixers, Blazers, Clippers, Rockets?) where might the 14-time All-Star have the most effect on attendance should he choose to yet again leave Cleveland?

I mean, since we always hear about how LeBron fills arenas, let’s see if that’s actually true by taking a look at how he compares to recent NBA legends like Jordan, Kobe and Shaq — four names that even the most casual of basketball fans will recognize.

To determine the answer, a study put together by the team over at Versus Reviews compares the average home game attendance for each team to the average attendance of games where they hosted one of these star players, and shows the percentage boost in attendance by season and overall for each player when he was on the visiting team.

Here are a few of the key insights they uncovered… 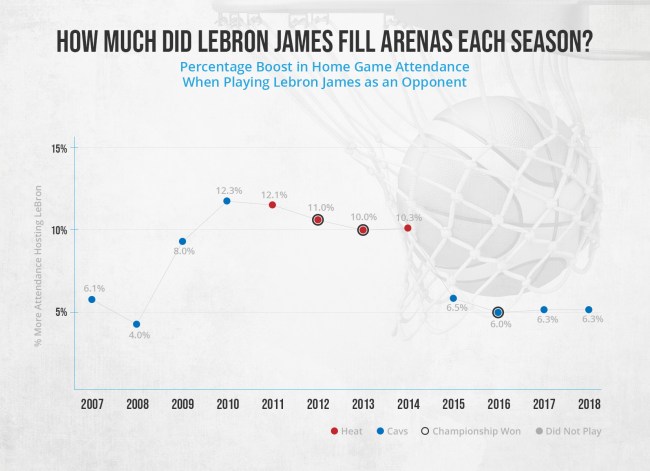 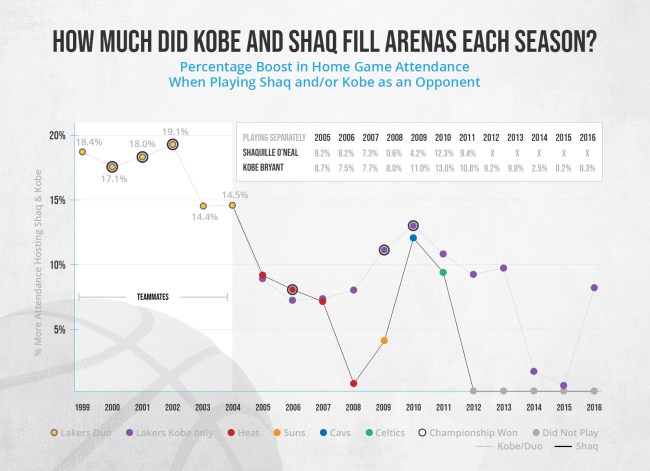 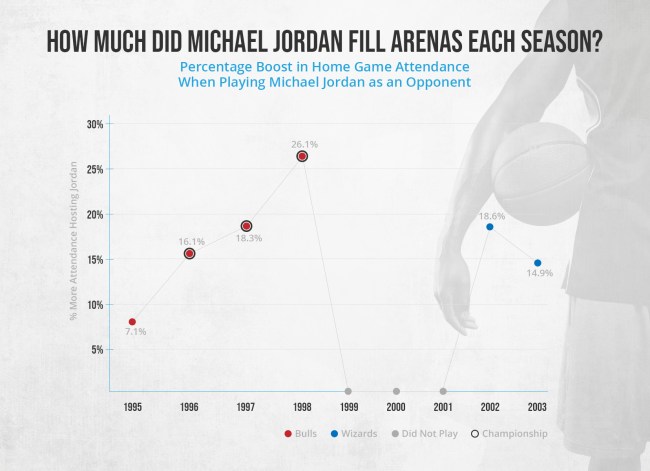 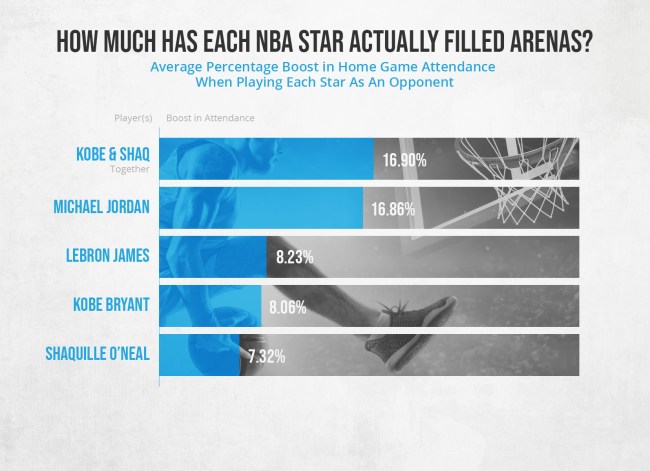