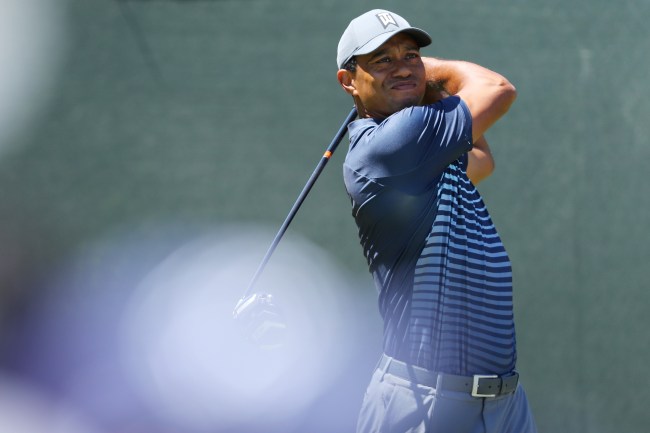 If Tiger Woods is going to capture his first U.S. Open victory since 2008, triple-bogeying the opening hole for the first time ever won’t be advantageous. The three-time U.S. Open champ’s opening hole at Shinnecock Hills has gone about as smooth as Ray Charles’ reading materials.

After finding the fairway with his opening tee shot, he put it short of the green on his next shot, ended up in the rough, and shanked a seven-foot putt to end with a seven.

Tiger is obviously shaking off the cobwebs, as this is the first U.S. Open since he missed the cut in 2015 and just his second start in a major since the spinal fusion surgery that sidelined him for a year.

Here are some of notable reactions to watching Tiger dig himself into a hole.

When Tiger beats you to a f bomb drop pic.twitter.com/RrDGqT8u0y

Tiger at the first hole pic.twitter.com/dsPlPCEx9T

Tiger half a hole into the first round 😂 pic.twitter.com/zXbsPAcoPN

I waited all day for Tiger Woods, I'm rewarded with triple boogie on the 1st hole. His US Open could over after that …

Tiger fans turning on the US Open for his first hole pic.twitter.com/yiacje4KGA

Tiger Woods takes a 7 on the first hole #USOpen2018 pic.twitter.com/3AyuUe5Rql

Disclaimer: Don’t count Tiger out just yet. Woods double-bogeyed in 3 of the first 4 rounds at the 2008 Open, and he won it.