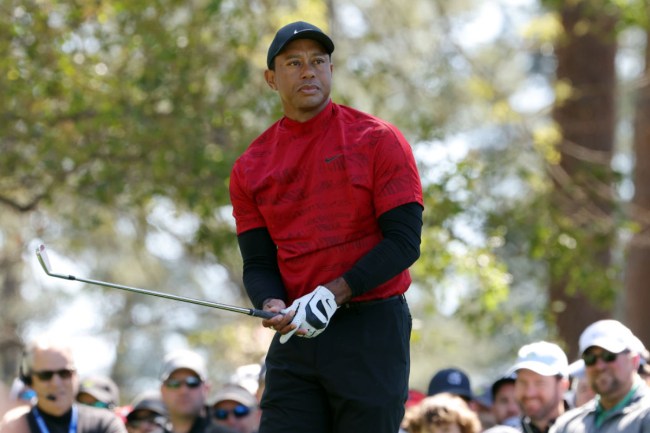 Tiger Woods being listed among participants in the 2022 PGA Championship beginning on May 19 doesn’t mean all that much. Woods taking his private jet to Tulsa, Oklahoma, the host city of the event, three weeks prior to the event certainly does though.

The four-time PGA champion has ample time to withdraw from the tournament being contested at Southern Hills, but the fact that he’s arrived on-site points to him looking to give it a go in the year’s second major championship.

This is a similar game plan we saw out of Woods ahead of the Masters in April. Woods surprised the golf world by flying to Augusta about a week before the opening round. This time, for the PGA Championship, Woods is getting a head start in his preparations.

Radar Atlas was able to track Woods’ plane as it arrived in Tulsa on Thursday afternoon.

Folks it’s official. Tiger Woods is in Tulsa. Spotted his plane at the airport moments ago.

I’m told Tiger is heading to Southern Hills to scout the course ahead of the PGA Championship. pic.twitter.com/vRGZUfSMDb

After making what was his first start in over 17 months at the Masters last month, Woods was asked about his schedule moving forward. He refused to commit to playing in the PGA Championship but did confirm that he would be playing in The Open at St. Andrews in July.

It appears as if he’s added the PGA to the schedule as well. At the very least, Woods is testing out his body a few weeks before the event with hopes to tee it up.

Woods certainly has good memories of Southern Hills as he won his fourth PGA Championship there in 2007.