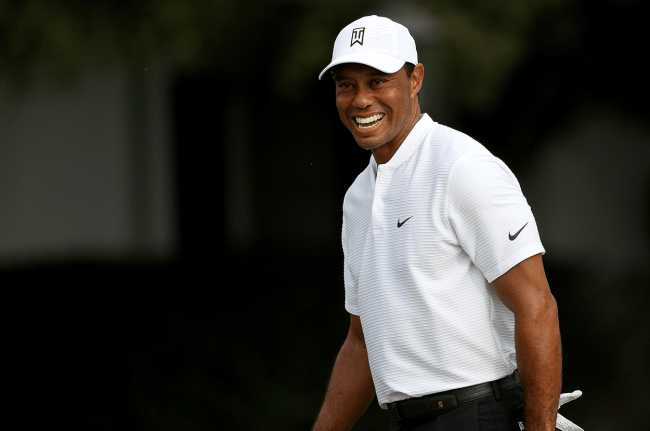 Tiger Woods is on his way to a comeback. Just over nine months ago, the Big Cat was in a horrific, near-death car crash that nearly took his leg. Now he is back on the range hitting golf balls and looks absolutely huge while doing it.

Every year, Woods hosts the Hero World Challenge in the Bahamas. The tournament is a benefit to the Tiger Woods foundation and features a small number of the world’s top-ranked golf professionals.

Woods typically competes in the tournament he hosts and it doesn’t seem far off that he could return sooner than might be expected. But this year, for obvious reasons, he is not competing.

That did not keep him from traveling to the Bahamas to get a few swings in.

A video from the PGA Tour showed Woods on the range on Wednesday and he was taking full swings with seemingly no mobility issues. It is remarkable for someone who suffered an accident of such significance just 282 days ago.

During the crash, Woods suffered comminuted open fractures that affected both the upper and lower portions of the tibia and fibula bones. After being rushed to the hospital following the accident, he underwent emergency surgery to stabilize the breaks and had a metal rod inserted into the tibia. He also shattered bones in his foot and ankle, which were stabilized with a combination of pins and screws.

Despite limitations of his lower body throughout the rehabilitation process, it does not appear as though he skipped a single upper body day. A photo of Woods and Bryson DeChambeau surfaced from the Bahamas.

He has always been a big guy in top shape, but again, he almost lost his legs in a car accident less than a year ago. For him to be in the shape that he is in now is a testament to the fact that Tiger Woods is just built differently. Insane.