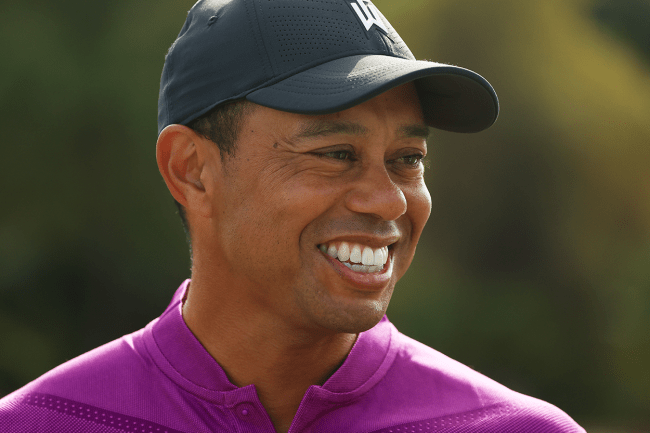 Tiger Woods is simply built different. The 45-year-old is the greatest golfer of all-time and nothing is going to keep him from playing the sport he loves. Not even a car crash that left him unable to walk.

Less than ten days after his good friend Justin Thomas provided a potential timeline for a comeback, Woods posted an encouraging video on Sunday morning. The video showed Woods taking a full swing at the range with a black support sleeve on his right leg.

In the video, Woods is very clearly limited in his mobility. Particularly on his right leg.

However, for Woods to be back on the golf course taking full swings just nine months after his accident is remarkable. The comeback is officially on.

Thomas, who spoke with No Laying Up’s NLU Podcast earlier in the month, said that he has visited Woods two or three time a week of late. In the interview, he revealed that Woods is going to attempt a return to the PGA Tour.

Did you really expect anything less?

Woods suffered comminuted open fractures that affected both the upper and lower portions of the tibia and fibula bones during the crash. After being rushed to the hospital following the accident, he underwent emergency surgery.

To stabilize the breaks, he had a metal rod inserted into the tibia. He also shattered bones in his foot and ankle, which were stabilized with a combination of pins and screws.

As of May, the Big Cat was in ‘wait and see’ mode in regard to his recovery. He was waiting for blood circulation to return to normal in his right foot. That was six months ago.

Five days ago, social media was celebrating a new video that showed Woods walking without assistance for the first time since his accident. That was considered to be a big deal.

For Woods to be swinging a golf club with full strength and relatively full motion less than a year after being unable to walk is a testament to the warrior that he is. This is, obviously, a massive step toward seeing El Tigre back on the golf course, competing amongst the best in the world.