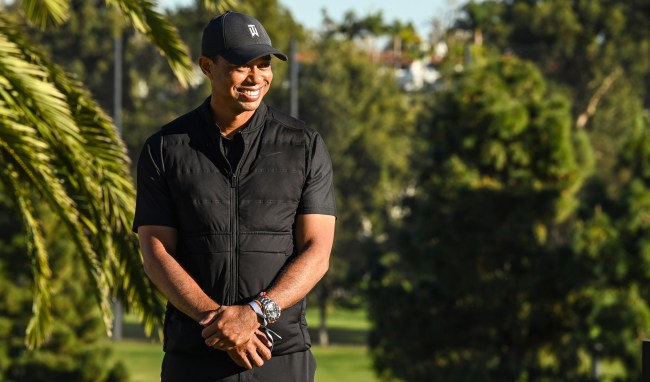 The first question on every golf fans’ mind after finding out that Tiger Woods was going to live and eventually recover from the injuries suffered in a devastating car crash was, “Will Tiger ever play on the PGA Tour again?”

“This is in my opinion worse than Alex Smith’s,” said Ryan. “Tiger suffered a ‘crush’ injury, not the kind of twisting injury with force Smith suffered. Smith had a compound fracture of his lower tibia and fibula, just above the ankle. Woods has compound multiple open fractures of both the upper shin and the lower shin, with the skin broken, plus foot and ankle fractures as well. From an orthopedic review, Tiger’s is a far more complicated scenario.”

When asked his opinion on whether Woods will be able to recover and return to the PGA Tour, Ryan was hopeful, but realistic.

“Pro golf, in a competitive manner? I’d say no,” said Ryan. “Will he get back and play golf again? Yes, if he wants to. He will give himself his best chance to play. The question will be, at what level will he be able to play? Down the road, the optimistic athletic trainer and physical therapy side of me says we’ll see an epic Tiger return to the golf course. The realistic side of me? I just don’t know.”

The reasons for why Ryan doesn’t foresee Tiger coming back and being competitive on the PGA Tour following his injury has, in large part, to do with the manner in which he was treated in the time just after suffering the injuries.

“One of the complicating factors is the time Tiger was in the car before being removed. I remember watching the Dak Prescott injury last year, and within a minute of him going down, [Dallas head athletic trainer] Jim Maurer was on the field, putting sterile gauze over the bone open wound where Dak’s bone had protruded through the skin. We don’t know how long Tiger was in the car before being removed, and what if anything might have come into contact with his multiple open wounds.”

Ryan added, “Also, the cases of Alex Smith and Dak Prescott, you’re dealing with team orthopedic surgeons who are among the best in the world at what they do. In this case, Tiger’s taken to a trauma center with no control over who is taking care of him. It’s an emergency. ‘We got ortho trauma in OR 3!’ I’m sure the orthopedic surgeon is an excellent one — it’s just different when it’s an orchestrated situation with head athletic trainers, team doctors and agents hand-selecting an elite sports physician.”

He also stated that he is more concerned about Tiger’s foot injuries than the damage done to his shin. Tiger’s agent reported screws and pins being inserted into the foot and ankle, which to Ryan makes it far more difficult to come back to the same level at which someone like Woods competes.

Considering it took Smith almost two full years to return to the field (granted, it was an NFL field), combined with Tiger being 45-years-old, the odds of him coming back to win any more tournaments on the PGA Tour seem very slim. Dominating the PGA TOUR Champions on the other hand? That would certainly be fun to watch.