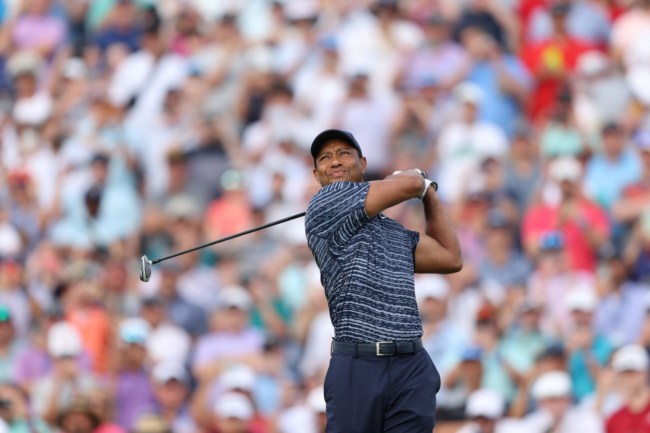 There was a zero percent chance that Tiger Woods would ever consider jumping ship from the PGA Tour and hopping aboard the Saudi-backed LIV Golf Invitational Series, but that doesn’t mean the breakaway circuit didn’t try to poach him.

Woods has pledged his allegiance to the PGA Tour time and time again since LIV Golf jumped into the spotlight. The big cat has had an immeasurable impact on the PGA Tour, has been the face of the Tour for 25 years, and has made over $120 million on the course alone.

In order to persuade Woods to abandon the Tour he’s elevated to what it is today it would probably take a mind-blowing amount of money, which is precisely what LIV Golf offered him.

In a recent story out of the Washington Post titled ‘The Shark is on the attack again,” Greg Norman, the CEO of LIV, said a “high nine digits” offer was presented to Woods.

“The tour’s consultant also pitched representatives for Woods, who once staged his own public coup with the PGA Tour over marketing rights. Norman says Woods turned down a deal that was ‘mind-blowingly enormous; we’re talking about high nine digits.’”

A nine-digit offer is certainly something, but a “high nine digits” offer is another.

While having to take Norman at his word, we very well could be talking about a deal worth $200 million, perhaps even over $500 million, in an attempt to poach Woods.

Dustin Johnson was reportedly paid a sign-on fee of $125 million to join LIV, which is of course a drop in the bucket compared to the reported offer Woods received.