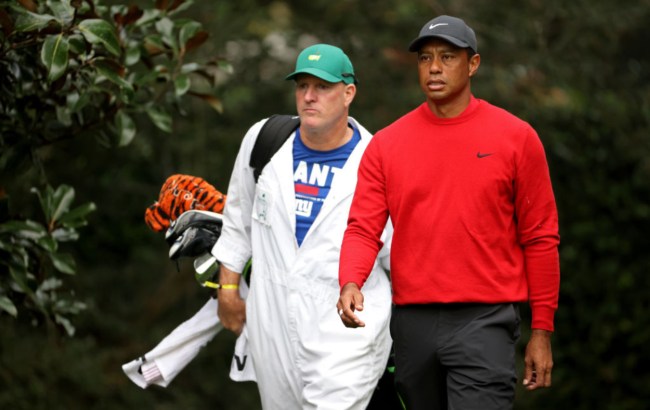 Tiger Woods has not officially ruled out teeing it up in next week’s Masters, and according to a new report about him traveling to Augusta this week, the speculation continues to grow.

According to Taylor Zarzour of Sirius XM PGA Tour radio, his sources have told him that Woods and his team are flying to Augusta National this week. Zarzour’s report comes after a video was shared over the weekend of Woods playing at Medalist in Florida alongside caddie Joe LaCava.

🚨Taylor Zarzour, host on Sirius XM PGA TOUR radio said this morning that his contacts in Florida have told him TW and his team will be heading to Augusta sometime this week

Augusta National is one of the most grueling walks in golf. If the report is in fact true, one could assume Woods will be giving things a test run while practicing and simply walking around the grounds.

Woods has not played a competitive round of golf since his single-car crash in February of 2021.

In February of this year, Woods explained he still has “a long way to go” in his recovery process. Having said that, he also shared that he does plan to play on the PGA Tour again someday.

The speculation of Woods quite possibly playing in next week’s Masters began when the Masters officially listed him among players in the field. As of March 28, Woods is still listed as a competitor, unlike Phil Mickelson, who is listed among the past champions not playing in the 2022 Masters.

Speculation of Woods teeing it up at Augusta National was just that, speculation, last week. Now, with the video of him playing Medalist alongside LaCava and without a cart on top of this latest report of him flying into town, the speculation is starting to get far more serious.