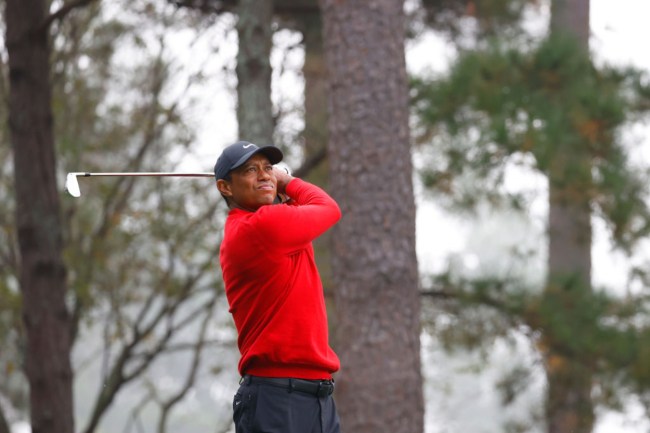 The rumors and speculation of Tiger Woods quite possibly teeing it up in next week’s Masters was already beginning to build, but a new video of him playing golf has turned those whispers into screams.

Woods was spotted playing golf at Medalist, his home club in Florida, over the weekend. Not only does the video show Woods hitting a driver, but it also shows his caddie Joe LaCava standing on the tee with him.

There is also something missing from the video: a golf cart.

The Fried Egg reported it had heard from multiple people that Woods had been walking Medalist multiple times during the week. Now, it appears we have video evidence of that exact thing happening.

Here’s the Tiger Woods video that was deleted pic.twitter.com/zfi4LOn7U2

Woods has not played a competitive round of golf since his single-car crash in February of 2021.

Last month, Woods explained he still has “a long way to go” in his recovery process while also sharing he does plan to play on the PGA Tour again someday.

While a video of him playing at Medalist is one thing, the speculation really begins on the Masters’ official website.

As of March 28, Woods is still listed as a player in the field for the tournament beginning on April 7. Unlike Phil Mickelson’s name, Woods is not among the list of past champions officially not playing next week’s major.

Woods has already announced that he will be attending the Champions Dinner the Tuesday night before Thursday’s opening round.