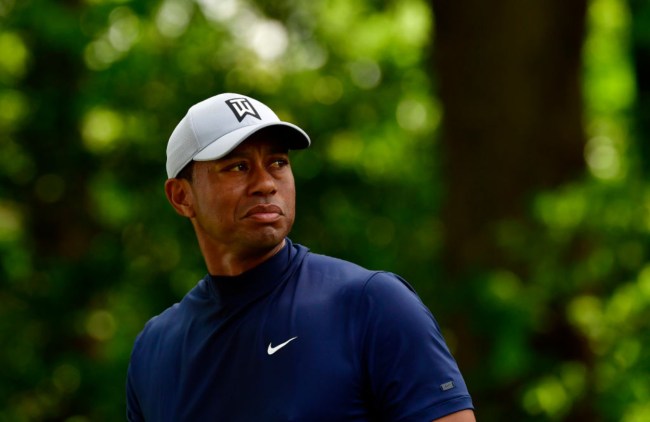 Tiger Woods made his first official statement regarding whether or not he’ll be playing in the 2022 Masters. While he didn’t commit to playing in what will be his first competitive start since his February 2021 car accident, his update was undoubtedly positive.

After flying to Augusta last week and playing a practice round with son Charlie and Justin Thomas, Woods is now heading back to the home of the Masters to continue his preparation and practice. As for if he does step to the first tee on Thursday in the opening round, that’ll be a “game-time decision” for the owner of five green jackets.

I will be heading up to Augusta today to continue my preparation and practice. It will be a game-time decision on whether I compete. Congratulations to 16-year-old Anna Davis on an amazing win at the @anwagolf and good luck to all the kids in the @DriveChipPutt.

The fact that Woods is heading back to Augusta after walking and playing the course last week is a positive sign and shows that his body – particularly his right leg – is reacting and recovering well enough for him to continue to practice.

Last week’s practice round, specifically the morning after the grueling walk, was the first test. While Woods may not have made an A, it’s clear that he passed it.

Woods arriving at Augusta on Sunday is a strong indication he’s fit to play at the moment. His “game-time decision” statement allows for the possibility for him to decide not to tee it up if his leg and body don’t hold up in the build-up to Thursday’s opening round.

Plenty can change between now and Thursday, but given this announcement, it would be surprising not to see Tiger tee it up in the 2022 Masters at this point.