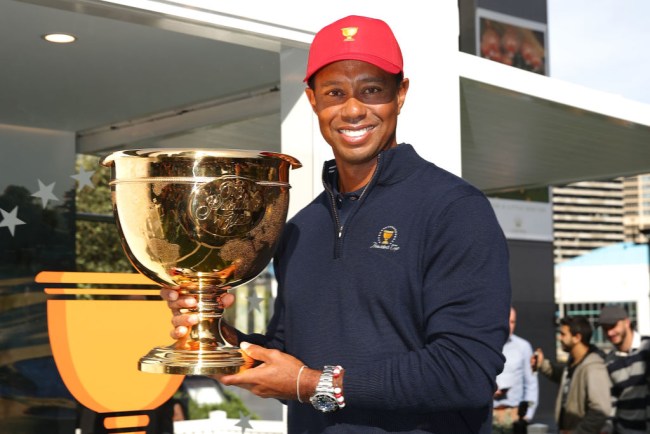 Tiger Woods was named the captain of Team USA’s 2019 Presidents Cup team over a year ago back in March of 2018. Since then Woods has gone on to win the Masters, finish T-21 at the U.S. Open and most recently win the ZOZO Championship two weeks ago in Japan.

It’s almost been a given that Woods would use one of his four captain’s picks on himself for the event and on Thursday he officially did that. This will be Woods’ eighth Presidents Cup appearance and first since 2013.

Woods started his four picks by taking Tony Finau first, followed by Patrick Reed, then Gary Woodland then took himself with the final pick. After picking himself he talked in the third-person saying “He’s made nine teams and played in Australia twice.” Then laughed saying “it’s interesting to talk in the third person.”

Tiger also mentioned that Rickie Fowler was the last man out when it came to the captain’s picks and mentioned that it was a tough phone call to make letting he know he wouldn’t be on the team.

Woods holds a 24-15-1 record throughout his Presidents Cup history.

Here’s a look at both the International Team, which is captained by Ernie Els, and Team USA.