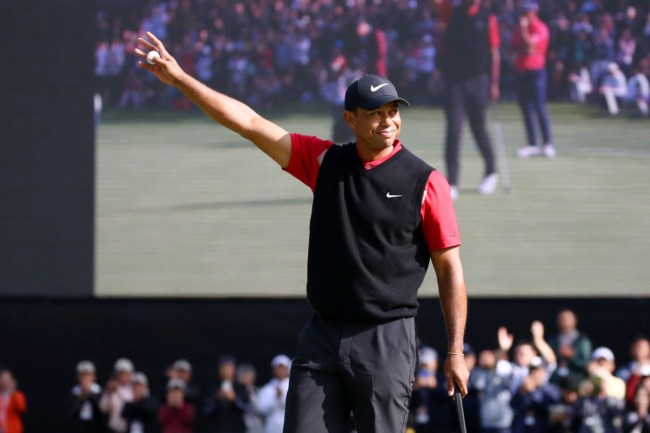 Nobody knew exactly what to expect from Tiger Woods this week at the inaugural ZOZO Championship in Japan. It marked his first start of the new season, his first start after his latest knee surgery and it was a tournament we’ve never seen before.

If you would have told me or any golf fan about 18 months ago that in October of 2019 that Woods would find the winner’s circle again at the Tour Championship to close out 2018, win his fifth green jacket in April and then tie Snead’s record I simply wouldn’t have believed you, but here we are, and how incredible it is.

The Masters win of course trumps any of those three stand-out accomplishments, but what the 43-year-old has been able to do over the past 13-14 months has been remarkable after going more than five years without a win. He’s still chasing Jack Nicklaus’ 18 majors, but matching Snead’s all-time wins record gives the GOAT discussions more fire.

Woods led the rain-filled, delayed ZOZO Championship from start to finish opening with consecutive 64’s followed by a 66 in the third round and a 67 in the final round to win at 19-under, three shots better than runner-up Hideki Matsuyama. Woods is now a perfect 25-for-25 in winning tournaments after holding the 54-hole lead.

He couldn’t have closed out his historic win in any better style with a birdie on the closing hole.

He led the field with 27 birdies, hit the third most greens with 55 of 72 on the week and was the best putter all week averaging just 1.618 putts per green in regulation.

One of the big questions surrounding Woods at the moment is whether or not he’ll play in the Presidents Cup in December. He is serving as captain of the U.S. team but can use a captain’s pick on himself and play in the event and this win will certainly give that idea even more juice; I’d be shocked if he wasn’t a playing captain and he basically said as much following the win.

Woods isn’t set to tee it up again until December 4 at the Hero World Challenge in the Bahamas with the Presidents Cup in Australia the following week.