Tiger Woods Birdies 9 Of His Last 14 Holes In His First Start Of The Season, Co-Leads ZOZO Championship After Day One 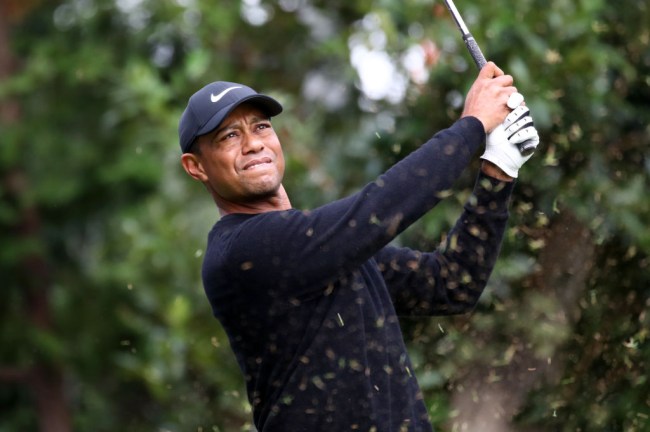 While most of us were sleeping in the United States, Tiger Woods was making his season debut at the ZOZO Championship in Japan and what an intro to the new season it was for the 15-time major champion.

Nobody knew how Woods was going to come out of the gates in Japan. Not only is this his first tournament of the season, but it’s also his first event since undergoing another knee surgery back in August. Add to that his poor form at the end of last season and the ZOZO Championship being a brand-new event, yes, there were questions surrounding how things would go.

Woods answered all of those questions in a big way with a first-round 64, his new career-low opening-round score to start a new season, as he co-leads the tournament at 6-under alongside Gary Woodland.

Related: Tiger Talks Details About His Lates Knee Surgery, Possibly Picking Himself For The Presidents Cup

Starting on the back-nine, Thursday began looking like it was going to be a disastrous day for Woods as he bogeyed his opening three holes. He then settled into the round with a par at the Par 3 13th and then the birdies started coming, and they came in bunches.

Woods’ first birdie came on his first Par 5 of the day, the 14th, which kicked off a streak of three straight birdies getting him back to even par for the day.

He took advantage of the next Par 5, the 18th which was just his ninth hole of the round, picking up a birdie there as well to get into red figures for the first time of the day.

With birdies on four of his last five holes to close out his opening nine the momentum and putter were rolling in a major way.

After pars on the first and second holes, Woods went on yet another three birdies in a row streak over the third, fourth and fifth holes to move to four-under on the day.

It could’ve been four birdies in a row as he stepped to the Par 5 sixth hole, but he walked away with a par after not being able to take advantage of the second easiest hole the field played all day.

Woods finished the day with birdies on two of his last three holes, making that birdies on nine of his last 14 holes of the day, to get to six-under. For a time being held a two-shot lead before Woodland matched his score later in the day.

After not seeing Woods in real contention at any tournament following his Masters win in April, seeing him in contention after day one of his first tournament of the new season is nice, especially coming off another knee surgery.