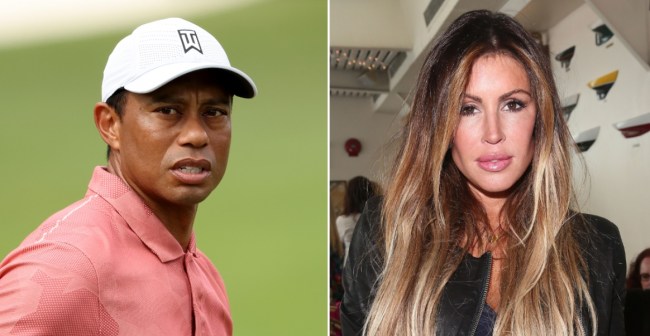 Rachel Uchitel, one of Tiger Woods‘ mistresses, is one of the key figures in part two of HBO’s new documentary ‘Tiger’. She breaks down the story of how the two met, their affair, and went as far as to say “that was the end of my life as I knew it” as the scandal news broke in 2009.

Prior to the world learning who she was, and the other women who claimed to have had a relationship with Woods, Uchitel explained that she and Woods pulled out all the stops to keep the National Enquirer from breaking the story.

As the publication confirmed to Woods’ team it knew about the scandal and was indeed going to run the story. the duo came up with the plan that Uchitel would call Woods’ wife, Elin Nordegren, convincing her that they were not in a sexual relationship. This was all happening just after Woods flew Uchitel to Australia to be with him while he was playing the Australian Masters. Uchitel claimed Woods told her he couldn’t sleep, or win the tournament if she wasn’t with him.

Uchitel and Nordegren had an “extensive 30-minute conversation” and apparently it worked, at least for a couple of days.

“The story came out and no one really looked at it. Between this stupid story and my call with Elin, I remember thinking ‘oh my god, we’re going to slide right over this,’” Uchitel explained.

Two days later, on Thanksgiving, things were fully exposed. Uchitel shared that she and Woods were texting back and forth talking about how relieved they were that the plan had seemingly worked. Then, the phone rang. It was Woods calling, but it wasn’t Woods on the line, it was Nordegren who said “I knew it was you.”

Minutes following the phone call is when Woods fled his home in Florida and crashed his Escalade just after pulling out of his driveway.