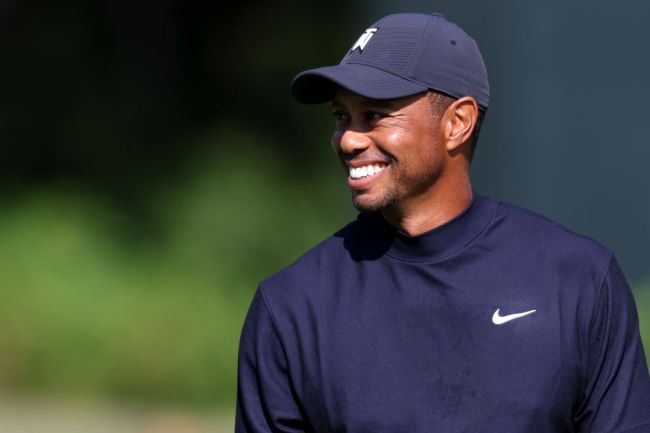 We haven’t heard anything at all from Tiger Woods himself about his possible return to golf, but based on recent reports, it sounds like things are moving in the right direction when it comes to his recovery following his January car crash.

American Ryder Cup captain and friend of Woods, Steve Stricker, shared a very promising update about the 15-time major winner in late September. Stricker made it clear that Woods is focused on making a comeback to play again, and this new report from People certainly aligns Stricker’s update.

“Tiger has made a remarkable recovery in the past few months, but it’s even more significant lately,” the source told People. “It’s like every day he can do more, he can handle more, the pain is less and he’s feeling better.”

“Now he still has pain, but it’s nothing like what he dealt with before. He’s feeling strong and healthy and optimistic that he’ll be able to return to Tour,” the source continued.

It’s unclear when – or if – Woods will ever tee it up ever again on the PGA Tour, but the source is confident in saying that Woods himself has a timeframe in mind.

“He’s got a timeframe in his head, but he’s not really putting that out there; he knows when he wants to return, and he’s going to make it happen,” says the source. “He says even if he’s not at 100%, he knows how important it is to get back out there and compete. That’s his goal.”

The situation will continue to be a wait-and-see scenario until we actually hear anything from Woods or his team, but things are certainly pointing in a positive direction. While the source is completely anonymous, I think most golf fans will take whatever they can get when it comes to positive updates about Woods.

Woods was spotted on a Florida golf course watching his son Charlie compete in a junior tournament over the weekend. He was wearing a sleeve over his right leg while out on the course.

TMZ shared a video of Woods walking on the course as well with no crutches. According to the report, Woods alternated between walking a few holes and riding in a golf cart for others.