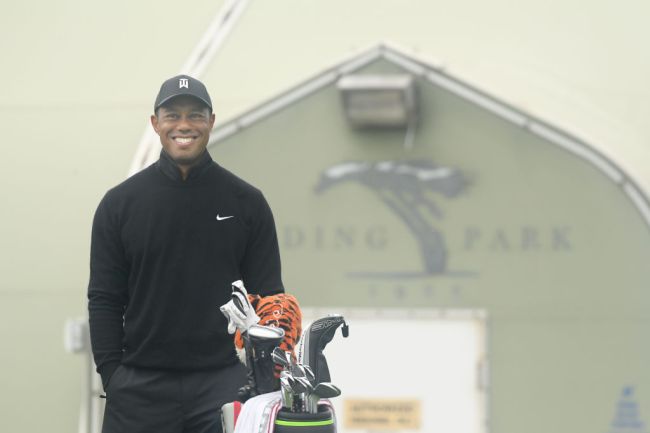 Steve Stricker has become a Tiger Woods news source over the past couple of weeks in the lead-up to the Ryder Cup and if you’re a Tiger fan, you have to appreciate everything he’s saying.

While Woods isn’t expected to make an appearance at this week’s Ryder Cup at Whistling Straits, he’s still a big piece of the puzzle for the Americans.

Stricker, the U.S. captain, was asked on Monday about Woods possibly making it up to Wisconsin for the event, and while Stricker said it likely won’t happen, he shared Woods has been in his ear helping him out.

“Probably not going to happen,” Stricker said. “He’s been obviously in my ear a lot, and I call him pretty regularly. He’s part of our Ryder Cup team. He’s part of what we do. He’s been part of so many of these teams.”

Woods was primed to be a vice-captain at the very least on Stricker’s staff prior to his single-car crash. It sounds like he’ll still play a role this week, but it probably isn’t the best idea to test his body out on a difficult walking course like Whistling Straits.

It Sounds Like A Tiger Woods Comeback Is Possible

Having said that, Stricker did mention something very important about Woods’ rehab process and that’s that he’s gearing up to making a comeback to play golf again.

“I think it’s just not a good time for him to be here physically because of where he’s at in his rehabilitation and tough course to walk,” Stricker said. “But he’s getting better and his focus and mine is on making a comeback to play again.”

Stricker’s positive comments about Woods making a comeback echo what he said just two weeks ago when he mentioned that Tiger is “trying to get better and trying to play golf again.”

Who knows what an actual timeline looks like for a possible Woods return. We haven’t heard much from Woods or his team over the last few months, but it sounds like he’s got his sights set on teeing it up again.