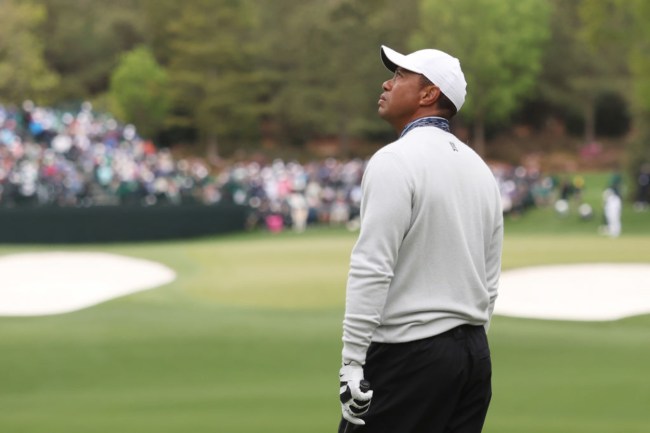 If for some reason you didn’t think Tiger Woods was still the needle in golf, maybe the move this local Oklahoma news station pulled off on Thursday will convince you.

Woods arrived in Tulsa on Thursday afternoon to get in some practice at Southern Hills, the site of the 2022 PGA Championship set to begin on May 19.

Shortly after Woods arrived, Dan Rapaport of Golf Digest reported Woods would be playing 18 holes on Thursday and that he was planning to play in the year’s second major championship.

News On 6 in Tulsa was not about to miss the big cat’s practice round. So, naturally, they jumped in their helicopter to watch Woods get his practice in at Southern Hills.

While it may seem way over the top to take a helicopter to watch a man play a practice round, you have to respect the hustle from News On 6 here.

Southern Hills, and likely Woods himself, told the media to stay away on Thursday.

The news station responded to that by saying ‘well, they don’t control the sky.’

If this is a preview of the local coverage to come of this year’s PGA Championship then the entire golf world is in for a treat in a few weeks.