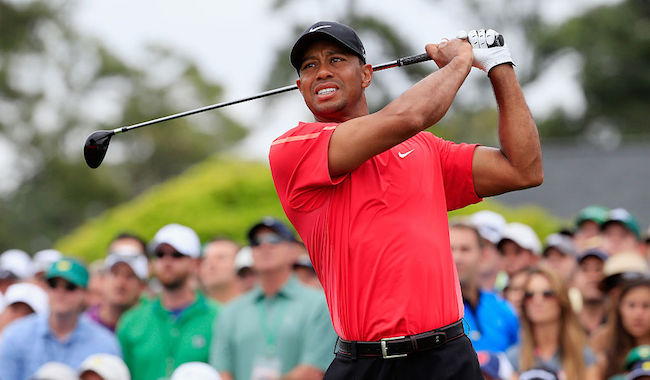 Last year, Tiger Woods’ attempt to return to the world of golf suffered a bigger blow than the tree he hit with his Escalade in 2009 when he was arrested for driving under the influence— or, more accurately, trying to— thanks to a cocktail of drugs that would make even the most degenerate mumble rapper blush. A few months after he finished his second stint in rehab, he said there was a chance he’d never make a return to the sport, but he proved the hater known as “himself” wrong when he hit the links at the Hero Challenge and shot a very nice 69 (AKA the sex number) in his first round back.

Woods will try to kickstart the Tiger Renaissance when he tees off in his first PGA tournament in a year at the Farmers Insurance Open at Torrey Pines on Thursday (a return that’s inspired plenty of prop bets), and he recently sat down with TGR (a subsidiary of his venture group) for a lightning round of questions covering a wide range of topics.

With the @GenesisOpen only a couple weeks away, we quizzed @TigerWoods with some L.A. trivia… Hear his responses! #GenesisOpen pic.twitter.com/XIoHDw9eYR

During the blitz, Woods was asked what song he would stride up to the tee to if the PGA had walk-up songs instead of some old dude yelling people’s names. It appears he’s thought about this hypothetical before based on how quickly he replied to the question with a fantastic pick: Mark Morrison’s 90s classic “Return of the Mack” (which is a very solid choice based on his seasonal alter-ego).

However, there are plenty of other songs out there that would be a fantastic fit. Here are some of the top contenders:

Survivor— “Eye of the Tiger’

This might be as obvious as it is played out, but I challenge you to find a song that makes you want to run through a wall like this one does.

His name is Tiger. A number of tigers live in jungles. Boom.

I can’t think of a more on-brand song for Tiger than one that mentions Xanax and Vicodin in two consecutive lines.

This might not get you amped as much as the other songs on the list, but I feel like it would be to Tiger’s advantage to have a reminder to not overdo it in order to lower the risk of breaking his body again.