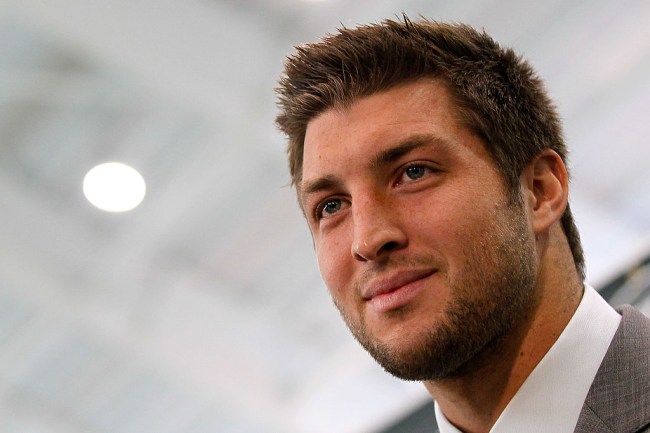 The NCAA has a long and storied history of screwing over its student-athletes as much as humanly possible but there’s one issue in particular that’s generated the most discussion: whether or not college athletes should be paid.

A few months ago, the California legislature introduced a bill that would literally change the game by allowing NCAA players to be compensated for their services much to the chagrin of the organization, which is unsurprisingly not a fan of the proposal.

Earlier this week, the resolution passed the state assembly by a unanimous vote and will be sent to the desk of governor Gavin Newsom, who received a letter from the NCAA urging him to veto the bill, which CBS Sports notes could spark other states to follow in its footsteps to fix the broken system if it’s signed into law.

On Wednesday, Tim Tebow appeared on First Take to address the issue, where he served up a hot take with a side of humblebrag.

.@TimTebow passionately expresses his thoughts on the California Senate passing a bill allowing student-athletes to have endorsements. pic.twitter.com/W5uBW7ePNm

Here’s what he had to say via The Spun:

“When I was at Florida I had one of the top-selling jerseys in the world. It was like Kobe, LeBron, and I was right behind them and I didn’t make a dollar from it —but nor did I want to.

I knew going into college what it was all about. I knew going to Florida, my dream school, [was] where I wanted to go…

[W]e live in a selfish culture, but we’re just adding and piling on to that where it changes what’s special about college football—we turned it into the NFL where it’s about who has the most money that’s where you go.

That’s why people are more passionate about college sports than they are about the NFL.”

Tebow’s argument doesn’t really stand up to much scrutiny, as I’d argue people are more passionate about college football because most of them have a stronger connection to the school they attended than the NFL team they choose to support just because they live in a certain geographical area.

Additionally, I don’t know if I’ve come across a feasible proposal that would allow star players to earn a larger base salary compared to the rest of their teammates, as most of the ones I’ve seen would simply allow athletes to profit from jersey sales and their likeness if they happen to be more popular than others.

Here’s to hoping reason will prevail in California.