Fans Who Bought Tim Tebow Jaguars Jerseys Are Stuck With Them 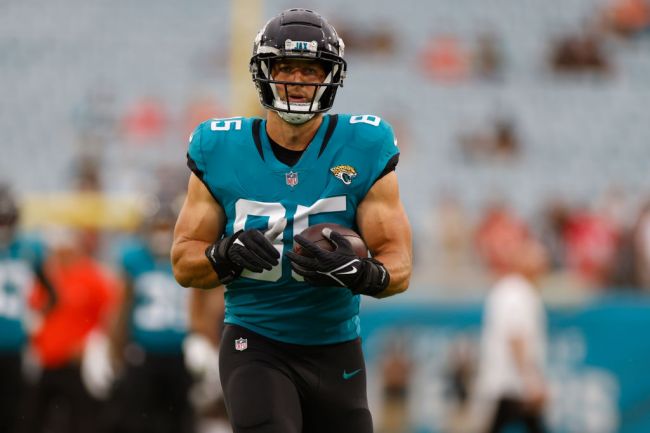 Tim Tebow was cut by the Jacksonville Jaguars after just one preseason game with the team and now all of those fans that bought his jersey are stuck with it.

When Tebow surprisingly joined the Jags back in May, all it took was 10 days for him to have the best-selling jersey in the entire NFL. He was even out-selling teammate Trevor Lawrence, who Jacksonville took first-overall in this year’s NFL Draft.

The news of Tebow having the top-selling jersey in the NFL, especially while playing for a team in Florida, should be a surprise to no one. Anything with his name attached to it will continue to sell forever given his rabid fanbase.

However, for any fan that bought his Jacksonville jersey hoping it was covered by ‘jersey assurance, is out of luck.

The NFL, through Fanatics, provides “jersey assurance,” but as Pro Football Talk points out, the fine print becomes very important in situations like this. The program applies to trades only; there’s no protection if the player is cut or retires. With Tebow being cut, fans won’t be able to cash in on a free jersey replacement.

Most Jags fans who purchased Tebow’s threads won’t be too upset by this. They knew that there was a high likelihood of Tebow being cut from the roster prior to the start of the regular season. Tebow’s signing felt like a publicity stunt and after being given the ax after one preseason appearance, a publicity stunt is exactly what the situation should be called.

Mission accomplished for the Jaguars. They sold a ton of Tebow jerseys, had the football world talking about them for months, and took a bit of the spotlight off of their rookie QB.