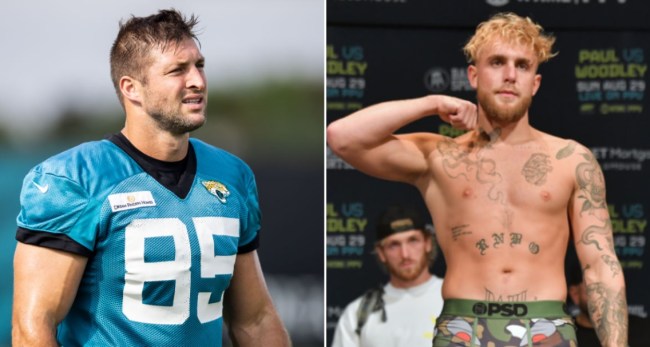 Tim Tebow will not be taking his talents into the boxing ring anytime soon.

aye @TimTebow I think it’s time for you to get into boxing ?!

On Saturday morning before his appearance on ESPN’s college football pregame shows, Tebow was asked about Paul’s challenge. Tebow went on to laugh off Paul’s antics and politely shot down the boxing talk.

Tim Tebow vs Jake Paul would have probably done some big numbers but it’s probably a smart move for Tebow to sit this one out.