Here Are Some Valuable Tips On How To Make Money On Daily Fantasy Football, According To A DFS Mastermind 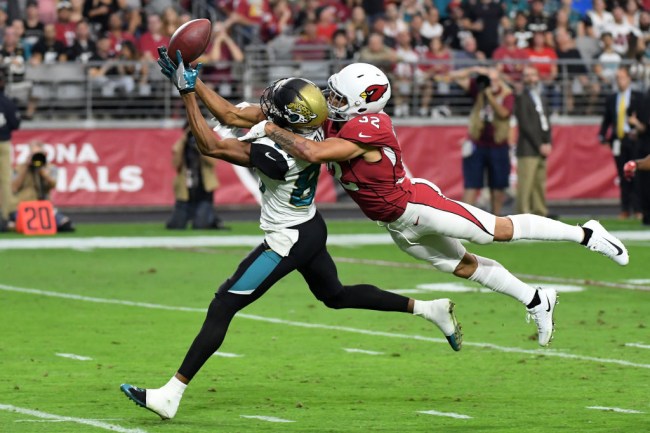 ***Editor’s Note: With the NFL season beginning TONIGHT, we decided to bring on a Daily Fantasy Football juggernaut to help you bros with gain a unique perspective and strategy that can help you dominate your leagues. Kevin Dudzinki is ranked in the top 5% of all DFS players, according to Rotogrinders.com, and has made a killing on fantasy since he started in 2013. Learn more about Kev HERE and follow him on Twitter HERE.***

Today, we are going to do a primer on how to play Daily Fantasy Sports over at DraftKings.  This should give you a solid knowledge base on exactly what you should be trying to do to make some money for the first week of the NFL season!

IDENTIFY THE TYPE OF GAME YOU ARE PLAYING

The type of game you are playing should dictate how you should construct your lineup.

If you are playing “cash games,” you want to provide yourself with the highest floor of fantasy points possible.  Cash games are for contests that pay a higher percentage of the field out.  For example, you can join a head to head matchup against someone, where you only need to beat one person.  You could also join a “50/50” where the top half of the contest profits 80% of their entry fee.  In these games, there is no difference from coming in the top 1% or the top 49%.  They are all paid the same.  So for these contests, we strictly want to accumulate enough points to finish in the top 50%.

We mitigate our risk in these contests by concentrating on volume, matchups, and prices.  We do not have to worry about the percentage of a players ownership here, we just need to put together the optimal lineup for the week.  For example, this week, if Le’Veon Bell does not play, in your cash games you should be locking James Conner into your lineup because he will receive a high volume workload and will only cost you $4,500 against the salary cap.  The same can be said for Jacksonville Jaguars wide receiver Keelan Cole. Now that Marquis Lee is injured, there are more targets to go around, and priced at only $3,800.  By putting these two into your cash games, you have two cheaply priced players who are expected to see a high volume of targets and carries, and give you the cap space to spend up on some studs for your roster.

In these tournaments, only the top 20% of the entire contest is paid out.  Most of these contests are extremely top heavy, with a large portion of the prize pool going to first place.  If you are playing these games, you need to look at these games like Ricky Bobby, “if you’re not first, you’re last.”

It is in these games, where we need to think about the ownership percentage of players.  If you think about it, if Keelan Cole is projected to be owned by 40% of the field, it may be worth not playing him in a big tournament.  Sure, he SHOULD have a good game, but in a volatile game like football, there are many ways he could fail.  Injury, random luck with touchdowns being thrown to teammates, an opponent game planning to take him out of the game, etc.  If you don’t play Cole, and 40% of the field does, and he stinks, guess what…you have eliminated 40% of your opponents in your quest to get to the top.  I am not saying you should not play Cole this weekend, but there is game theory to avoiding him.

The opposite aspect we look to do from fading a high owned player, is finding a low owned player in a good spot.  An example of this would be Odell Beckham.  Beckham is facing the vaunted Jaguars defense, and is not going to be owned by a large part of the field this week because of his matchup.  However, Beckham is a freak, and one of the best wide receivers in the game.  As I mentioned before, when we embrace variance, it can play in our favor.  What if Beckham catches a 7 yard slant, and Jalen Ramsey were to just slightly slip, and Beckham breaks 80 yards to the house.  You just gained about 15 points while almost no one else gains those points.  It’s how we get ourselves to the top of the leaderboard.  Just remember, that we don’t play people just because they are low owned, we play them when they are projected to be low owned, but still have an opportunity to do well.

These tips should give you a solid foundation on how to make lineups for the contest you are entering.  Tomorrow, we will explore some of the best plays and players to avoid this week on DraftKings.