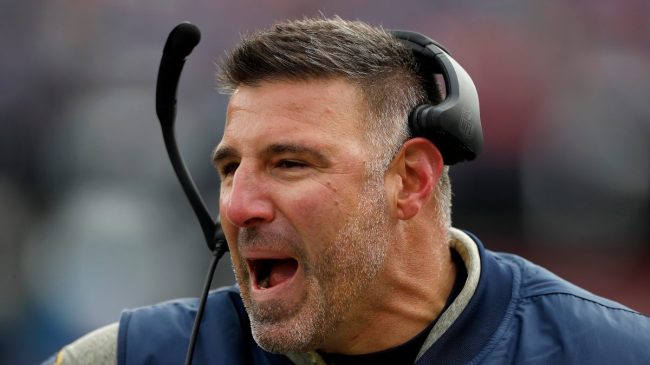 The Tennessee Titans have somehow managed a 6-3 record with one of the worst passing attacks in the league. It did seem to come to life a little bit against the Denver Broncos, but the wide receivers and tight ends aren’t doing anything to gloat about. A team reporter decided to as Mike Vrabel about one particular issue and the head coach dunked on him for it.

As usual, Vrabel keeps his cards close but then decides to dunk on Paul Kuharsky in the very end.

PK asking for Vrabel to “help him understand” the use of Okonkwo. Vrabe’s response is SAVAGE 🤣🤣🤣 #titans @TitansRossi pic.twitter.com/LIUMbncuGr

For anyone who isn’t familiar with Kuharsky, he’s a team reporter who strictly covers the Titans. He has a knack for getting under everyone’s skin, coaches, players, and even the fanbase. So, if you’re shocked by Mike Vrabel’s response, just know that this is years of annoyance building up and blowing over by just a smidge.

At the end of the day, Tennessee must find a way to get the passing game going. The Titans’ wide receivers and tight ends have largely been nonexistent. Luckily, Derrick Henry and the defense are carrying the team as they look like playoff contenders this season.

Either way, look for the Titans’ head coach to continue getting the best out of his roster. Mike Vrabel has proven to be one of the best coaches in the league as he continuously finds a way to win close games.