Former Pro Bowler Calls Out Cam Newton For Being Winless In His Last 8 Starts, Points Out His Bad Statistics 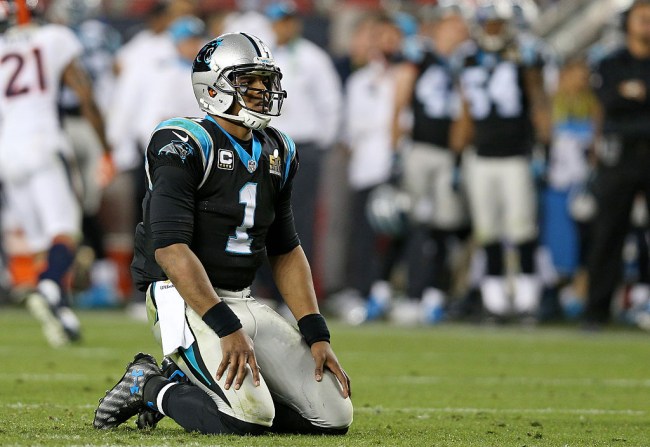 Cam Newton finally landed on a new team in the NFL after signing with the New England Patriots on July 8. After the initial shock of the news that Newton would be stepping in as Tom Brady’s replacement in New England, all the attention turned toward his rather underwhelming contract.

Most people argued that Newton deserved much more than a one-year, $1.05 million deal. Seeing the 2015 NFL MVP sign a league-minimum deal like that is a shock to the system, but it wasn’t for at least one former Pro Bowler.

TJ Lang, a former Super Bowl-winning guard with Green Bay, took to Twitter to point out the cold-hard facts about Newton, specifically just how poor his numbers were prior to suffering an injury and playing in just two games in 2019.

Lang emphasized that Newton is indeed 0-8 in his last eight starts with more interceptions than touchdowns. Of course, things can change quickly this season with Newton getting a change of scenery, but the numbers don’t lie, Newton was struggling mightily before his injury a year ago.

People want to live in the past when it comes to Cam Newton. Hasn’t thrown a TD pass since week 13 in 2018. Last 8 games as a starter? 0-8 record, 9TDs 10INTs. Not saying he can’t rebound, I really hope he does.. but don’t forget it’s about what have you done lately league.

Kerryon Johnson, a former Auburn Tiger like Newton, came to the defense of the quarterback but Lang pointed him to the stats, which speak for themselves.

How can you argue with stats? Love you KJ but if you get expected to get paid based off your play from 2/3 years ago, you are going to be disappointed. Hope you are well bro.

All eyes will be on Newton this season in New England and whether or not he can bounce back as expectations are high for Bill Belichick and his new quarterback.