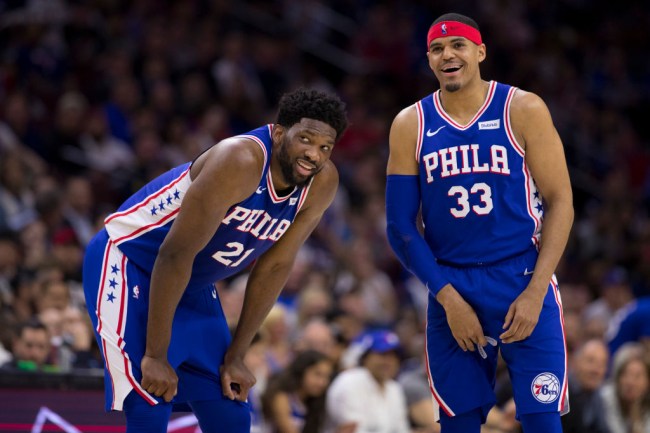 It’s certainly not something talked about very often, but sleep deprivation is a serious problem around the NBA and Sixers forward Tobias Harris is bringing a spotlight to the issue.

In an interview with Baxter Holmes of ESPN, the former Tennesse Volunteer believes sleep deprivation will be the next big talked about health issue in sports comparing the sleep problem in the NBA to the concussion problem seen around the NFL.

“You ask anybody in the room,” Harris says. “The thing I talk about is sleep.

“I think in a couple years,” he says, “[sleep deprivation] will be an issue that’s talked about, like the NFL with concussions.”

The sleep deprivation issue is most apparent in back-to-back situations when players only have a few hours to get some shut-eye. Harris takes advantage of off-days and puts a major emphasis on catching up on his sleep. He is sure to be done with everything he needs to do that day by 6:00 PM and be asleep by 8:30 PM. Immediately after games, he monitors his heart-rate and hormone levels and also uses an electroencephalogram machine daily to examine his brain waves.

Harris wasn’t the only one that spoke on the sleeping problem in the NBA. LeBron James is sure to get off of all of his electronic devices at least 30 minutes before getting in bed and also points out he sleeps with a sound machine app, so hey if you want to sleep like LeBron start listening to rain sounds; it’s one thing the big guy and I have in common, no big deal.

Chronic sleep loss has been associated with higher risk for cancer, diabetes, obesity, heart disease, heart attacks, Alzheimer’s, dementia, depression, stroke, psychosis and suicide. As Phyllis Zee, chief of sleep medicine in the department of neurology at Northwestern University’s Feinberg School of Medicine, says, “Sleep deprivation … doesn’t only affect the brain — it affects all your other organs. … Think about it as punching your other organs.”

So, it turns out sleep is pretty important.

CJ McCollum, Andre Iguodala and Kent Bazemore also offer up their nightly routines in the piece emphasizing the importance in sleep.

It’s safe to say the NBA isn’t the only league with players suffering from sleep deprivation. The NHL also features an 82-game schedule with numerous back-to-back situations and the MLB hardly ever has a day off throughout the year.