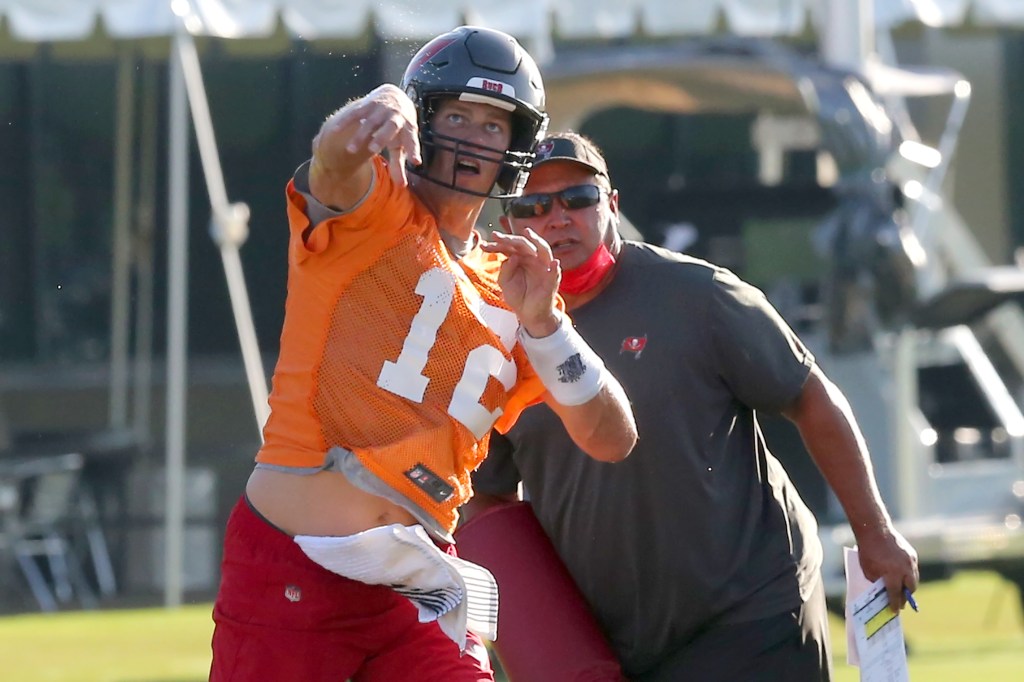 There’s a meme that came out after the Tampa Bay Buccaneers won Super Bowl 55 in Tampa that I cannot stop thinking about. I don’t remember the exact wording but it was something like “if you ever feel useless, just remember that Tom Brady has a Quarterbacks Coach.’

I think that statement can actually be interpreted in a million different ways. Everyone on Twitter has been discussing unpaid internships for the past 24 hours and I’m pretty certain every NFL fan alive would take ‘Tom Brady’s QB Coach’ as an unpaid internship because you’d learn more in a day than most people do in an entire career. Then there’s the aspect that it’s literally the best job in football. QB coaches in the NFL can earn anywhere from six figures up to $1 million a year. Now imagine getting paid that to “coach” Tom Brady…

I’m sort of rambling here but there’s a reason. The comments below come from Tom Brady’s QB coach with the Tampa Bay Buccaneers, Clyde Christensen, and Clyde illustrates how Brady is built differently from everyone else in the game. Tom couldn’t even wait 12 hours after Super Bowl 55 to start talking about next and thinking about winning his 8th Super Bowl. The man is a machine. Here are the quotes from Rick Stroud’s article in the Tampa Bay Times:

“He said, ‘Hey, I didn’t see you after the game. I just wanted to tell you thanks and what a great journey and how much I appreciated everything you did,’” Christensen said.

“The second thing he said: ‘I was just sitting here thinking, and I think we can really be better next year. I think we’re going to be a better team.’ He was already excited about the next year. It’s amazing. That’s how his mind works.”

I was pretty pessimistic about last season mostly because I was suspended ina. state of disbelief from the moment I heard that Tom Brady was coming to the Tampa Bay Buccaneers. As a lifelong Bucs fan, there hasn’t been a whole lot to get excited about since they drafted Jameis who then went on to be exciting but throw away games with excessive INTs. I guess I always felt like aside from the potent WRs and TE options, I didn’t think the Bucs had done anything to deserve Brady and it always felt surreal to me last season.

Next season is a different story. The Bucs are defending champs. Tom Brady is recovering from some light knee surgery and is ready to win his 8th Super Bowl. He believes the team can be better next season than they were this season and I fully plan on attending however many home games they’ll let me and other fans into next year which I suspect will be all of them. I. Can’t. Wait.