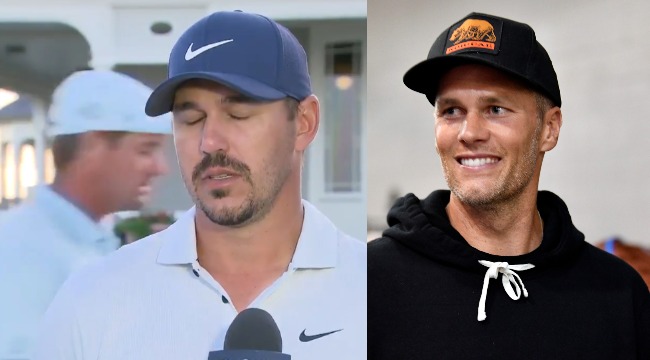 All Aaron Rodgers wants to do is enjoy his double date in Hawaii, shower under a waterfall, change his name to Kunu, and never talk to the Green Bay Packers again. 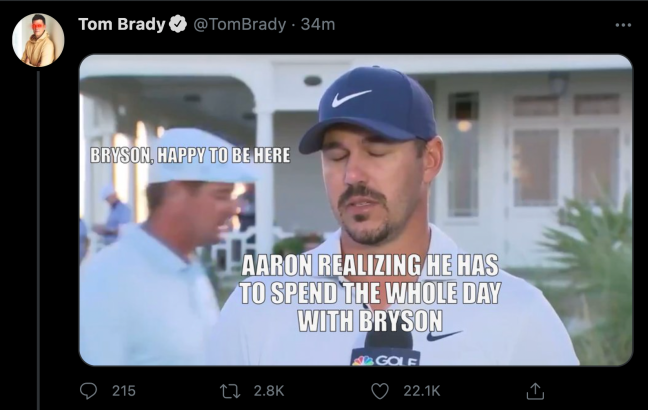 This of course is in reference to “The Match” is scheduled for July 6 in which Tom Brady and Phil Mickelson will join forces to compete against Aaron Rodgers and Bryson DeChambeau.

Brady been chirpin’, despite Brady and Phil losing to Tiger Woods and Peyton Manning in a charity event last season. And Brady playing like doo doo.

Two old guys against the young bucks @PhilMickelson. @b_dechambeau better get used to laying up because we know @AaronRodgers12 isn’t going for it 🤣 https://t.co/f1DQsFn41U 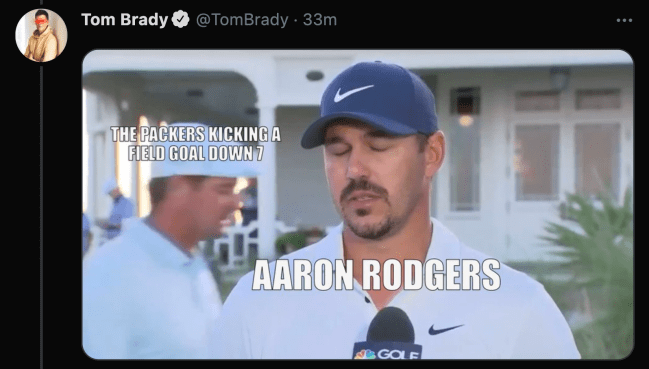 This one may be the most hurtful coming from a guy who’s won 6 more Super Bowls.

"It wasn't my decision."

Aaron Rodgers on Packers coach Matt LaFleur deciding to kick a field goal on 4th down late in the 4th quarter. 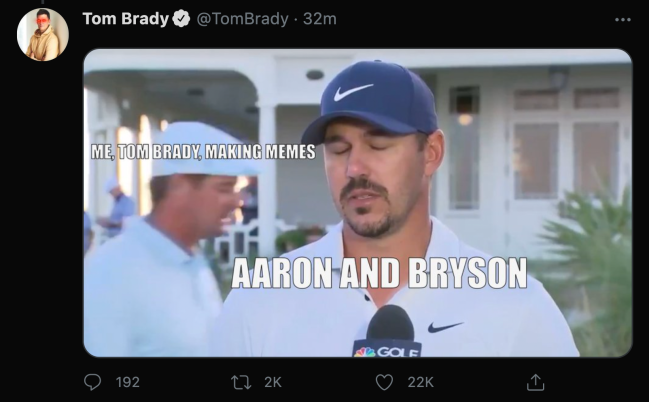 Self-burn. Always good to hurt yourself before others can get to it first. Control the narrative. 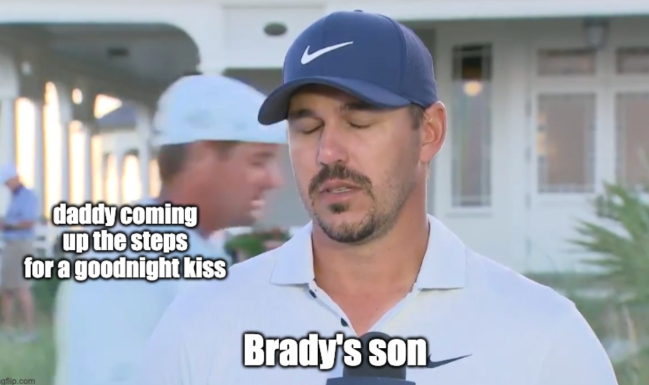