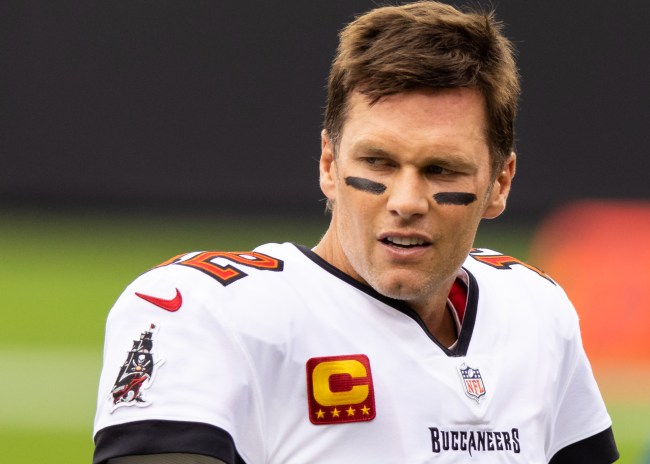 I’m sitting behind a laptop in a coffee shop in Seattle writing about Internet things, while Tom Brady has six Super Bowl titles, a supermodel wife in Gisele Bundchen and the distinction as the greatest quarterback to ever play, so I’m not sure I’m qualified to shit all over the future Hall of Famer. Then again, it’s insane to see what happened during the Bucs’ final offensive play against the Chicago Bears on Thursday Night Football, as Brady completely brainfarted and forgot it was 4th-down, leading to an incomplete pass and a second loss for his Tampa squad.

Hey, look, it happens, people make mistakes. Hell, I’ve once (recently, in fact), forgotten to brush my teeth before leaving my house to start work. I wasn’t proud of it, but I owned up to it when I met up with my buddy — and you know what? We laughed it off and he made fun of me for a few hours. No big deal.

But the mistake that Tom Brady made during the Thursday Night Football game seems a little worse. Not because it’s him doing something stupid on a nationally televised NFL game, but because the dude just refused to own up to it, trying to claim he knew what down it was. Uh… Tommy Boy, based off of your reaction on the field following the incomplete pass, I may disagree with your claim.

Tom Brady after 4th down “What down?” pic.twitter.com/GPTqOJfWfQ

Not sure what’s wrong with Brady owning up to the mistake — other than him getting bashed by everyone for it — but, well, that’s happening anyway. Instead of trying to put the flame out, the GOAT just tossed more gasoline onto the fire, offering up an extremely bogus explanation for that 4th-down play that led to a loss.

He does his best to dance around the question at hand: Did you know what down it was? I don’t give a damn that you think your team needed a chunk play, or that you were up against the clock with no timeouts left. All Tom Brady needed to do was pick up the first down, which was five yards, and keep the drive moving along. Instead, he took his shot down field, it fell incomplete, and, boom, that’s the ballgame.

Everyone loves shitting all over Brady for anything he does, and he knows this. In fact, he often uses it as fuel to prove those haters wrong. Knowing that, it’s weird AF that he just doesn’t admit that, while he thought his team needed “to gain a chunk” of yards in the race against the clock, he also just lost track of the downs. The quarterback’s in a no-win situation regardless of what he says, so why try to cover up the fact that he forgot what down it was? Like, every single person watching that game saw Tom Brady messed up.

We need Bill Belichick right about now to squash this whole “4th-down-gate” that’s going on and just proclaim that “we’re on to Cincinnati,” or some shit.