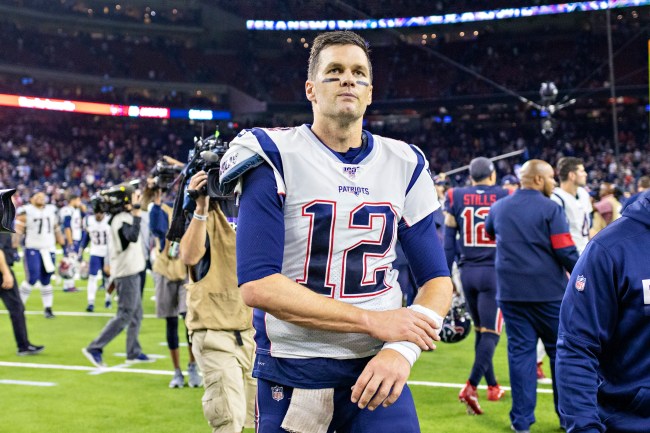 Tom Brady is the GOAT, there’s no denying that. The six-time Super Bowl champ has guided the New England Patriots to nine Super Bowl contests since taking over the starting quarterback gig during the 2001 season, has risen up the all-time passing ranks in league history, has more wins than any other signal-caller ever, and, although many wonder if he’s losing a step or two, still has his Pats sitting at 10-2 this season.

Who knows what the future holds for Tom Brady — as rumors swirl about his relationship with the Patriots, and questions remain about how long he may want to play for — but one thing’s for sure: the guy will go down as the best to ever play the position. It’s one thing we can all be sure of.

Thing is, while we all know that Brady is, in fact, the GOAT, when you talk to him about his legacy, he’ll quickly swat away the praise, even going as far as admitting that he’d rather be insulted than being told how great he is. Talking to Jason Kennedy of E! News, the quarterback teased the reason why he’s not too comfortable with the whole GOAT moniker.

"I'm certainly not perfect. There's a lot of things that I want to try and do better."@tombrady is featured on the debut of In The Room on Dec. 4! @enews pic.twitter.com/xrcvuRcTc5

That might seem a little odd to some people, but Tom Brady has said something like this before, with the quarterback explaining earlier this year why the whole GOAT thing actually makes him cringe.

Here’s what Brady had to tell Good Morning America after winning his most recent Super Bowl, per ABC News:

Brady explained that he is more driven by criticism than anything else.

“The personal criticism, I mean I think I’ll walk off the practice field and be like … ‘That was the worst day, you know, like get your mind right,’” he said. “Sports have always brought that out in me.”

You’ve got to love this kind of stuff from Tom Brady, because, as much as you really want to hate the guy for always winning — and a lot of us do — he keeps things pretty humble by downplaying his own success. Sure, it could all be a bunch of BS, but for a guy who was a sixth-round pick and was overlooked his entire career, you’ve got to take his words as being honest because he’s always played with a chip on his shoulder, and has used that to his own advantage.