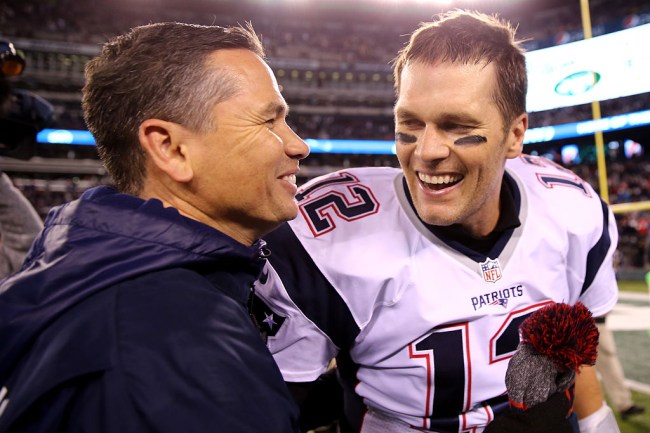 Tom Brady is a seemingly ageless human being, and while it’s been impossible to go through a single NFL offseason over the past few years without people speculating this will finally be the campaign where he falls off a cliff, the 42-year-old continues to prove the haters and losers (of which there are many) wrong.

There’s no telling how the quarterback manages to defy the passage of time, but if you asked him, he’d likely give some credit to the TB12 Method that he’s championed after being introduced to the regimen by his slightly controversial trainer Alex Guerrero.

The man who Brady refers to as his “body engineer” has spent years helping the quarterback stay at the top of his game, and while his methods have been questioned by plenty of people, they seem to be working out just fine when it comes to keeping the Patriots legend in tip-top shape.

There’s no telling when Brady is planning on hanging up his cleats, but last year, he teased he could finally call it quits when he hits 45. However, if Guerrero is to be believed, the QB may have had a change of heart.

According to NESN, the trainer chatted with WEEI on Thursday morning and revealed Brady has implied he will continue to delay the inevitable for as long as possible, saying the quarterback informed him he believes he could play until he’s 47.

Based on the rumors that started to swirl last month, there’s no guarantee Brady will still be playing in New England when he reaches that ripe old age but it looks like we’re not going to see the last of him any time soon.