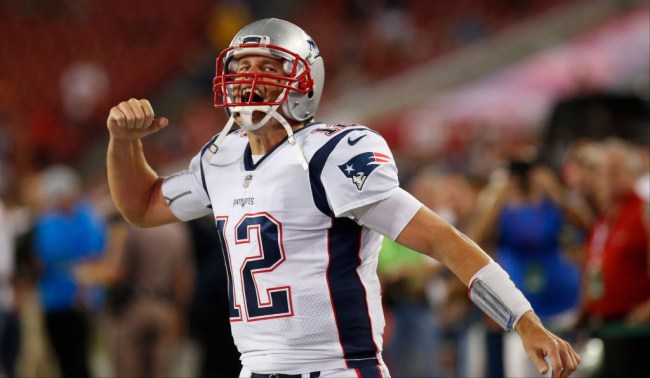 Tom Brady and the New England Patriots were on a bye this past Sunday and from the looks of his and Gisele’s Instagram accounts, they and their kids definitely made the most of it.

First off, all that healthy nonsense that Brady has been spouting recently looks like it might actually be working for the 40-year-old QB.

That’s the most muscle I’ve seen on Brady in, well, ever. Maybe he can play until he’s 45 after all.

No wonder 49ers general manager John Lynch tried to shoot his shot at trading for Brady during the Jimmy Garoppolo talks.

As Julian Edelman shared with Dan Patrick the other day, Brady is pretty damn relentless (which also happens to be the name of Edelman’s new memoir.)

“I tear my ACL, right?” he told Dan Patrick. “And the first thing he says to me a week after, he goes, ‘Take a tablespoon of cement, Bubs. We’ll see you in a couple months.’”

You know what isn’t harsh? The weekend Tom Brady just had. (Like how I took it all back full circle there?)