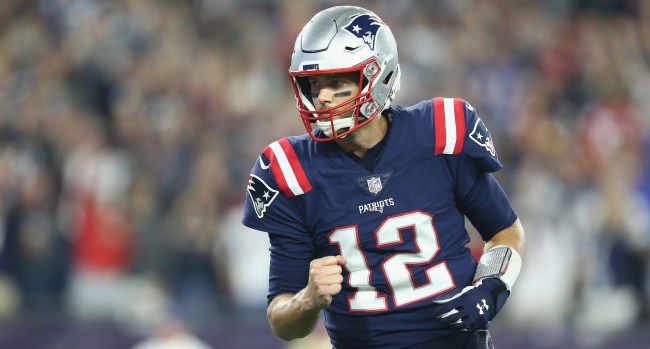 Tom Brady has become something of a social media maestro over the past year or two. He’s as determined to be the GOAT on platforms like Twitter and Facebook as he is at being the best in football.

As everyone knows, Tom Terrific’s days as the starting quarterback for New England are going to come to an end some day in the near future. We just don’t know specifically when that will happen yet.

So when TB12 posted photos of himself getting ready for another season at training camp with the caption, “Treat my first like my last, and my last like my first!” there were some New England fans who took it to me that Brady was hinting this might be his last year.

The fact that that very quote is straight from Jay-Z’s “My 1st Song” off his 2003 record The Black Album was apparently lost on many people because a whole bunch of fans started cracking up with panic at the thought of Tommy Touchdown calling it quits.

Tom, please don’t refer to this as your last

This best not be a hint at something

I hope your playing games with us.... I don’t want to think about your retirement! Just play forever! 🐐🐐🐐

I cracked your riddle on your tweet about your first and last ...PLEASE DON'T GO!!!!

There is ZERO chance that Brady didn’t know he would spark this kind of reaction when he posted that quote, right?