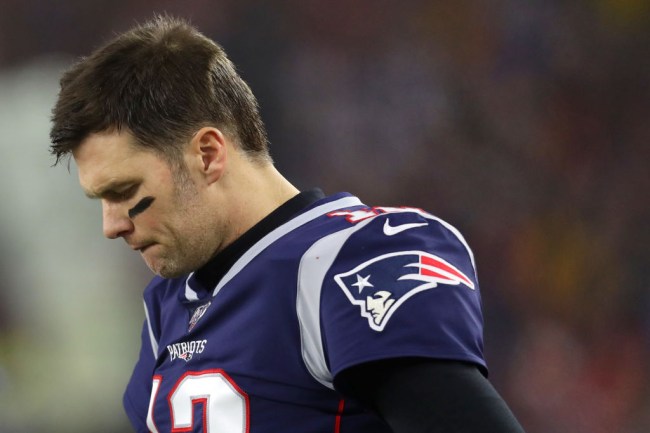 “I wasn’t even trying” seems to be the excuse of choice for people who just got their ass kicked and feel the need to try to explain why the events that recently transpired played out how they did and there is no better way to make that loss more demoralizing than it already is than to pull out “Neither was I” in response.

As someone who once had a very bad time foolishly attempting to stop Kris Dunn from doing the things that eventually led to him playing in the NBA during a high school basketball game, there’s nothing more frustrating than spending countless hours honing various aspects of your game to no avail while watching someone else execute those same moves in a way that makes it look like they’re not even trying.

Of course, it may not actually be entirely effortless, but if you’ve played against an elite athlete or have simply watched one do their thing, you know that many of them can pull off feats some people can only dream of without breaking a sweat.

Tom Brady is almost inarguably the greatest quarterback in the history of the NFL, and while only time will tell if he’ll continue to add to his legacy during however long he’ll spend in Tampa Bay, he doesn’t really have much more to prove based on what he achieved during his 20 seasons in New England.

Brady has recently disputed reports that he butted heads with Josh McDaniels toward the end of his Patriots tenure, but based on the steady stream of rumors that started coming out of Foxborough last season, Brady was not thrilled about the situation he found himself in before deciding to sign with the Buccaneers.

However, it appears last year wasn’t the first time Brady failed to see eye-to-eye with the coaching staff, as NFL writer Greg Bedard recently claimed the legendary quarterback grew frustrated following a loss to the Steelers toward the end of the regular season in 2018 that resulted in McDaniels opting to rely more on the running game—a pivot Bedard claims caused Brady to basically stop caring.

What you won’t hear from Team Brady is that Brady largely checked out in 2018 after the loss to Pittsburgh and hated how the offense pivoted to a more run-based attack. … But that ended in a Super Bowl title, so you don’t hear any public complaints about that season. https://t.co/Q5SmUYhrIJ

However, trading a winning mentality for an “I don’t give a shit one” didn’t have as adverse of an effect as you’d think, as Brady was still able to perform well enough to secure his sixth and final Super Bowl ring with the Patriots with a victory over the Rams.

You do have to wonder if that game wouldn’t have been the least enjoyable Super Bowl in recent memory if Brady had actually been trying but I guess that’s just one of those things in life that will always remain a mystery.