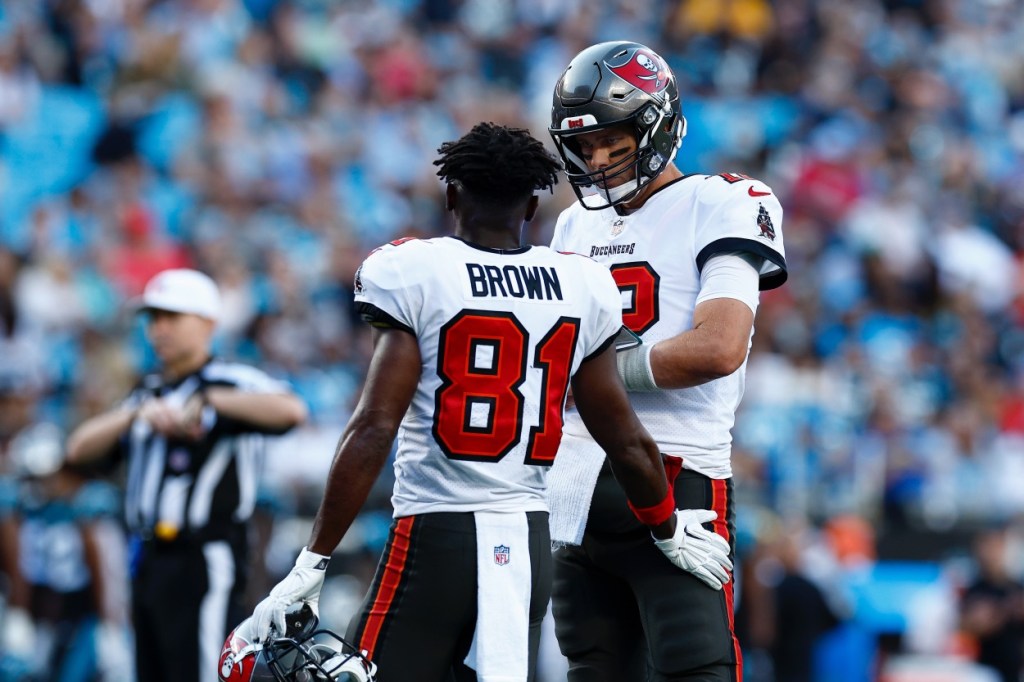 Tom Brady and the Tampa Bay Buccaneers face the Carolina Panthers (5-11) on Sunday. The Bucs are currently the #3 seed in the NFC and they are trying to win back-to-back Super Bowls.

Before that happens, the Buccaneers are having to navigate one of the biggest distractions in franchise history after Antonio Brown walked off the field against the New York Jets. Every day since Sunday has brought a barrage of Antonio Brown news but Thursday has been a whirlwind of AB headlines.

Thursday’s news dump saw Antonio Brown accidentally tweet out a picture of his bank account number and routing number while trying to expose Tom Brady’s trainer. He released text messages between him and Bruce Arians. Later in the day, the Buccaneers released an official statement. And shortly after that, Tom Brady gave his perspective on the situation (video + quotes below). Brady did respond immediately after the game but that was just a ‘be compassionate, I wasn’t aware until after’ moment.

“I think there’s a lot of personal feelings. I don’t think this is really the week to discuss it though. You just always deal with different things over the course of the season. That’s what we’re doing this week.”

That’s definitely one of the most Tom Brady answers of the season. He’s giving a non-answer answer but also putting the situation into perspective. While it might seem like this is the biggest story in football right now, and it very well might be, there’s always another story next week that’ll grab everyone’s attention. It wasn’t that long ago that Urban Meyer was the ONLY NFL personality that anyone was talking about.

It is wild that Tom Brady’s had 4 days to compose his thoughts on the Antonio Brown situation and that’s all he said. Fans were quick to react on social media.

This guy is just focused

He’s gonna go on a tear in these next couple weeks. Nothing like an ultra motivated TB12. Although I still don’t think they’ll have enough to repeat

For his part, Antonio Brown sure seems to have a lot of receipts…