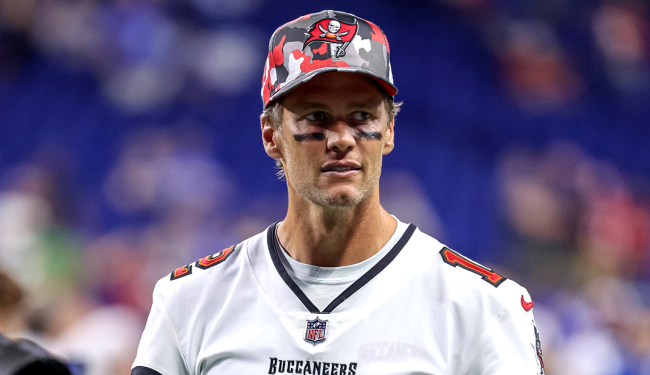 A fantasy football player went viral on Twitter on Wednesday when ESPN’s SportsCenter posted a tweet about him.

The longtime fantasy football participant has kept the draft board from every year he’s played since 1999.

While looking over the draft boards, he came across the one from 2012. The first overall pick that year in his fantasy football draft was Aaron Rodgers.

When his daughter asked him who he took, he replied, “I took Tom Brady.”

She responded with an ‘Ewwwwwww! That’s embarrassing.”

Because he is not only the GOAT of the NFL, but also in the conversation for GOAT of sports social media, Tom Brady got wind of the video and hit back with an excellent response.

“Absolutely clueless brother. He wouldn’t know how ridiculously good a season like that is if it jumped up and bit him in the ass!” commented former NFL quarterback Rich Gannon.

“LOL that’s my dad in the video and he really wants me to tell you ‘it was a Fins thing, didn’t say he had a bad year,'” she wrote back to Brady.

Lol he's saying it because he's a Dolphins fan. Looks at the jersey in the closet at the beginning. As a Phins fan, I've also felt this way while drafting Brady. I hate that I love Tom Brady.

Despite Brady’s epic burn, a lot of fantasy football players appreciated the guy’s dedication to the game.

If nothing else, he certainly sparked a lot of cool fantasy football memories.

What started as a couple of 13 year old friends in '91 who found a Miller Lite handbook describing the rules for "franchise football" has turned into a 10 team league that has continued for 31 years. Still have our "bible" and all the weekly scores we tallied up weekly pic.twitter.com/qfE1GBLEXm

A previous tweet showing another video the fantasy football player’s daughter made shows just how much dedication he has to the game.

Witness the fire pep talk he gives her mom before her fantasy football draft.

I would pay an exorbitant amount of money for this man to give me a pre draft pep talk pic.twitter.com/INEVDYojh6

“You can’t win your league on draft day, but you can lose it.”

Words to live by, right there.