From 2007 To 2019, Tom Brady And Gisele’s Charitable Luz Foundation Gave Away Almost Nothing 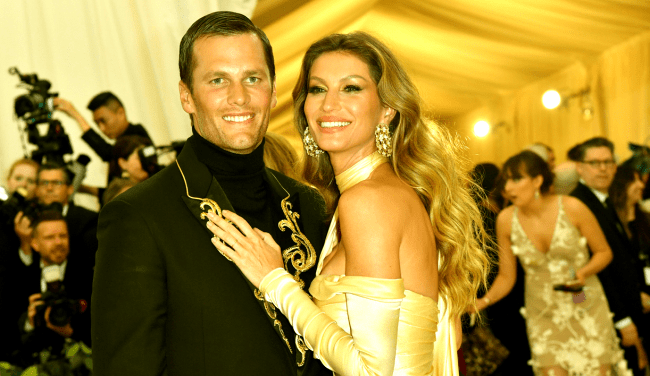 A report published on Thursday revealed that Tom Brady has only donated $200,000 to his charity, The TB12 Foundation, over the course of his 23-year NFL career. The foundation did, however, pay Brady’s for-profit firm TB12, Inc. more than $1.6 million for its services during that time.

On Friday, another damning report surfaced in which the New York Post revealed that Brady and Gisele’s non-profit, the Luz Foundation, donated just $640,402, or an average of a little over $49,000 per year, to various groups between the years 2007 and 2019.

The Post reports that Brady and Bundchen have an estimated $770 million in assets which means the Luz Foundation, based in Nassau County in the Bahamas, donated .00008 percent of their combined net worth.

In 2018, it gave out $300 to support the Waterkeeper Nicoya Peninsula, an environmental group in Costa Rica, where the couple owned a beachfront home. In that same year, it gave out $900 to the World Wildlife Fund and $1,000 to the Challenged Athletes Foundation, a charity that helps people with physical disabilities, tax filings show.

Most of the Luz Foundation’s donations have gone to yoga and meditation groups. In 2019, the last year for which filings were made available, the Luz Foundation donated $80,000 of its $350,000 budget to the Pointing Out the Great Way Foundation, a Massachusetts-based charity that promotes Indo-Tibetan meditation.

In 2017, the group doled out $25,000 to the David Lynch Foundation, a New York-based group that promotes meditation and yoga in schools. You Go Girl Yoga, a Waltham, Mass.-based group, also received $25,000 that year.

“My life is devoted to this,” she said in a 2015 interview with the Sydney Morning Herald. “I know from the outside that people think, ‘This girl just poses for pictures.’ But in my head, I’m thinking the whole time, ‘Okay, if I take this job, then I can have more money to put into this [project].’ So that’s what I’m doing, because that’s [why] God gave me to do what I can do, right?”

Bundchen, who was the Director of Environmental and Social Initiatives for the failed cryptocurrency company FTX, now finds herself, along with her ex-husband Tom Brady, at the center of a financial scandal that’s been called worse than what happened at Enron.