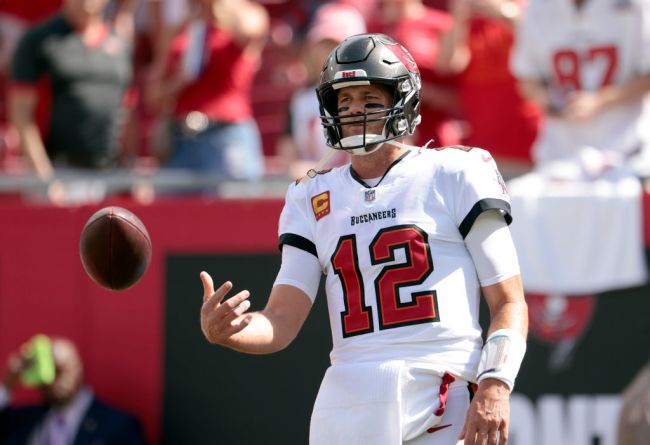 When the NFL announced its new taunting rules it was no secret that there was going to be some serious eye-rolling going on from both players and fans. Through two weeks of the season, that’s exactly what’s happened.

NFL referees have inserted themselves into games more than ever. So far, 11 flags have been thrown for taunting this season, which cost a team 15 yards. Nobody wants to see pointless flags thrown – which in this case the majority of the 11 have been – and that includes Tom Brady.

At the end of the day, the penalties for taunting are completely subjective but can have a major impact on the game itself, and that’s just no fun at all.

Complex recently shared a post on Instagram stating that the new taunting rules are terrible and ruining the game. Brady went ahead and commented on the photo saying that he agrees.

Tom Brady is like the rest of us. NOT a fan of the new taunting rule. pic.twitter.com/fbFdvFQcXq

The video below shows just how horrendous the taunting penalties were this past Sunday alone. As you’ll see, players are essentially getting flagged for looking in another player’s direction after a big play.

It’ll be interesting to see if the NFL makes changes to the rules with the season already underway. It would show some initiative from the league to make a change, but that’s asking a lot from an organization commonly referred to as the No Fun League.