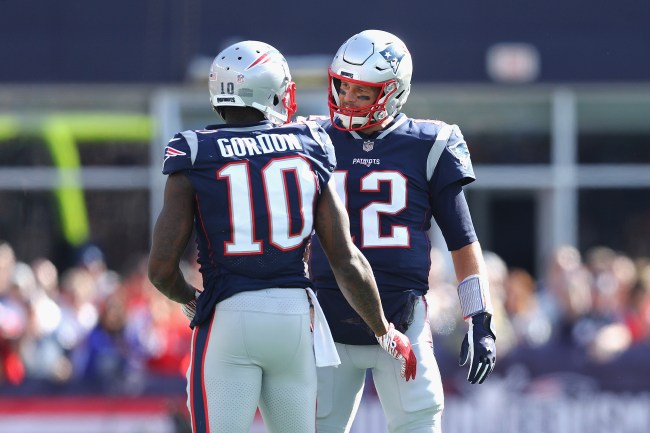 Josh Gordon watched the team he was mandated to leave after 11 games win its sixth Super Bowl in February from afar.

The 28-year-old, who has been training and rehabbing down in Florida during his indefinite suspension by the NFL, was invited to celebrate with his teammates up at Robert Kraft’s home as they received their Suer Bowl LIII rings. Gordon received a ring for his immense contribution for 60 percent of the season, hauling in 68 catches for 720 yards and three touchdowns.

Gordon’s future in the NFL is still in limbo as the league has been radio silent about his reinstatement, but if Tom Brady’s recent Instagram post is any indication, Flash is still very much in the mix.

Mind you, the former first-team All-Pro did enter the offseason as a restricted free agent, but signed a tender with the Patriots, meaning the Pats control the narrative with Gordon.

Suffice it to say, Patriots fans are hyped over the Brady linking up with Gordon.

Gordon is just 28 years old. He’s obviously got plenty in the tank. If he can get his mind right, it will be a massive weapon for a Gronk-less Patriots offense.