Tom Brady Is Still Haunted By One Super Bowl Moment 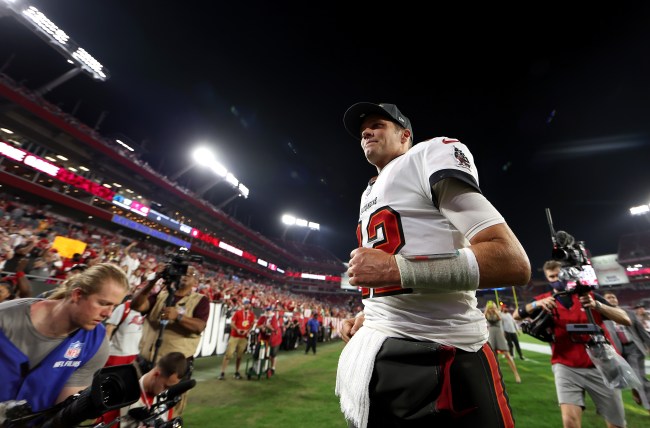 It’s hard to imagine having many moments in your career that you wish you could do over when you’re widely considered to be the GOAT. With 7 Super Bowls, 3 MVPs, and just about every passing record you can think of, there isn’t much for Tom Brady to look at with anything but the fondest memories.

Still, there is one moment that haunts Tom Brady to this day. He talked about it this morning on the “Let’s Go!” podcast.

Tom Brady still feeling the heat from Eagles fans over his drop in Super Bowl LII.

It’s understandable why of the few moments in Tom Brady’s career where he fell short of glory, this is the one that stands out. To this day, the image of Brady dropping that pass is still used as a meme on Twitter.

It’s a moment that will likely continue to live on in the minds of sports fans for years. Trailing 9-3 early in the second quarter against the Eagles, the Patriots reached into the bag of tricks.

They set Danny Amendola up to make throw to a wide open Tom Brady. He hit Brady in the hands, but Brady failed to complete the catch. To make matters worse, Nick Foles was able to hold on when the Eagles dialed up the “Philly Special” later in the quarter.

It’s things like this that likely keep Tom Brady playing at such a high level. In spite of all he’s accomplished, Brady still finds things to drive him to succeed.

Don’t be surprised if we see Brady targeted again in a big game before his career is over. He’ll surely be looking for one more chance to redeem himself with a big catch.