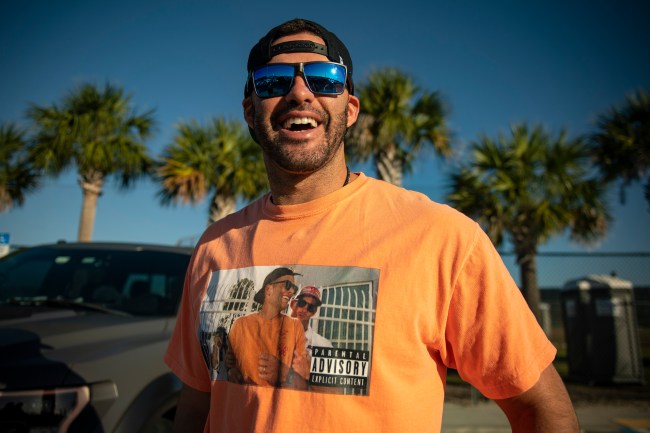 Tom Brady doesn’t always allow himself a cheat day, but when he does, he nearly needs to get his stomach pumped by a medical professional.

There have been stories leaked over the years about TB12 gassing beers at random establishments outside of Buffalo and ripping shots of Fireball at the Kentucky Derby, but after two decades of superstardom, the world was finally gifted its first visual of Brady and his Gumby legs following his seventh Super Bowl victory.

Red Sox star and Florida native J.D. Martinez commemorated the special day to kick off the Sox spring training in Fort Myers, Florida with a shirt that should eventually find its way to Canton.

Lol…I will never live this down https://t.co/QRmiEvZFkF

How come when Tom Brady gets hammered, he gets his own shirt but when I get hammered I wake up with one shoe on and a pair of balls Sharpie’d on my forehead? Some guys have all the luck…