Tom Brady Wants To Pull A Marshawn Lynch In A Press Conference Before Retiring, And We’re Here For It 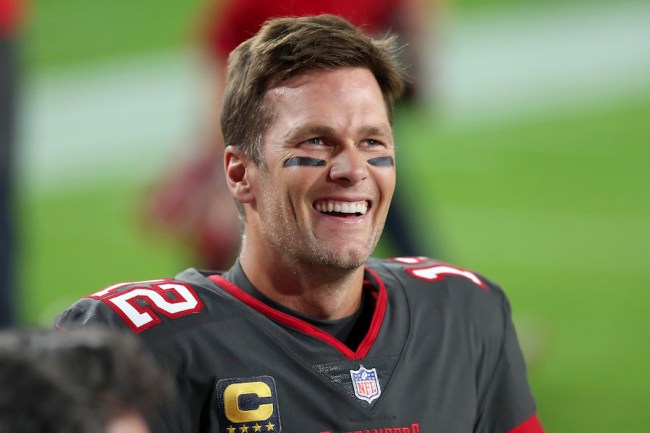 Tom Brady keeps things close to the vest pretty much every time he steps up to a microphone. That’s by design, too, he recently admitted that “90 percent” of what he says in press conferences isn’t actually what he’s thinking. In other words, Brady lies to the media, a lot, just like the majority of all professional athletes do.

Brady’s admission to not candidly answering the majority of questions he answers during press conferences came during his recent appearance on HBO’s ‘The Shop.’ He also shared that he really admires those that speak their mind to the media and specifically pointed out Marshawn Lynch’s ‘I’m just here so I don’t get fined‘ performance ahead of the 2015 Super Bowl.

Brady liked Lynche’s performance so much, he said he hopes to do the exact same thing at some point before he retires.

While it would be strange to see another NFL player pull off the exact same tactic Lynch did, if there’s one player that could do it and actually get praised for it, it would be Brady.

Honestly, I think if Brady wants to put his own spin on it, he should answer every question with ‘I have seven Super Bowls’ and call it a day. I feel like that answer can play out for just about any question a reporter asks.