Tom Brady Admits That He’s A Liar, Says ’90 Percent’ Of What He Says In Press Conferences Isn’t What He’s Thinking 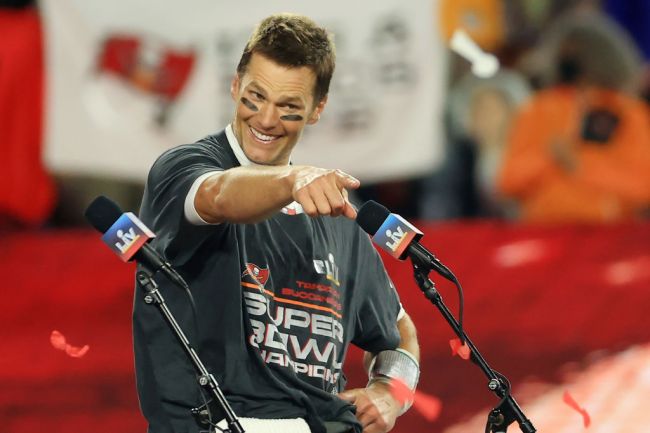 While you could certainly make the argument that Tom Brady has become more authentic with the media as he’s gotten older, he still keeps things extremely close to the vest.

Brady is an all-business guy when it comes to football and hasn’t ever leaned into any sort of drama or said anything negative in any sort of way all these years, and that’s by design. During a recent appearance on HBO’s ‘The Shop,’ Brady admitted that he lies to the media more often than not, actually.

“What I say vs. what I think are two totally different things. I would say 90 percent of what I say is probably not what I’m thinking, which is challenging. I really admire people that actually can do that and say what they think because they invite a lot of other things into their life,” Brady explained. “I think there’s part of me that doesn’t like conflict. So in the end, I just always try to play it super flat. From a strategic standpoint, I never want to give away what we’re doing. I usually say the opposite.”

Brady isn’t the only professional athlete to take this approach with the media, but 90% is quite the number to toss around.

While we may think we know Brady after witnessing him win seven Super Bowls over his 20-season NFL career, it’s quite clear that we don’t know the man at all.

Interestingly enough, his appearance on ‘The Shop’ has easily become one of Brady’s most talked-about media appearances in recent years. It’s not the typical media setting at all and he clearly felt comfortable by not only making these comments but calling out another team for passing up on him during free agency.