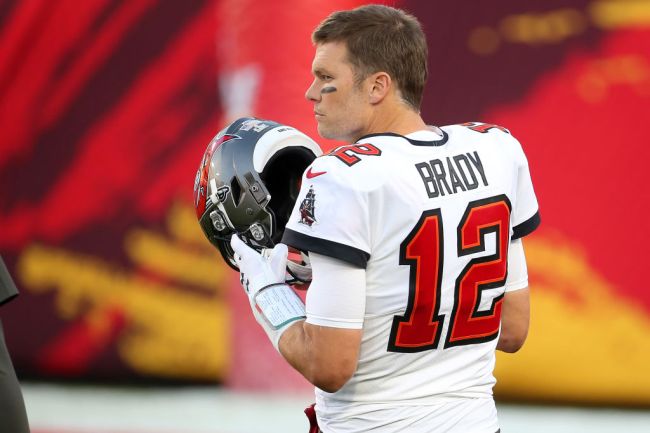 There were a handful of teams around the NFL that seemed to have a legitimate chance of signing Tom Brady last offseason. While the Buccaneers ultimately won those sweepstakes, Brady revealed in a new clip that one team pursuing him essentially passed on him when it got down to crunch time.

In a teaser clip for HBO’s ‘The Shop,’ Brady called out one franchise for not pursuing him at the end of free agency and sticking with a different quarterback.

“One of the teams, they weren’t interested at the very end. I was thinking, ‘You’re sticking with that motherf–ker?’” Brady asked.

Brady doesn’t reveal the team in the clip and likely never will, but that doesn’t mean we can’t guess which franchise he’s referring to.

So, Which Team Passed On Brady?

Four teams that were reportedly interested in signing Brady that stand out as possibilities here are the Titans, Chargers, 49ers, and Raiders.

We can go ahead and eliminate the Chargers from this scenario seeing as how they did not stick with their starter last season with Philip Rivers leaving for Indianapolis. It’s also a safe bet that he wasn’t talking about Tennessee, either, given the fact that Ryan Tannehill was an efficient QB as any the previous season.

While you could make the argument that TB12 was talking about either one of these teams, the 49ers make the most sense solely based on the fact that he has a history with Jimmy Garoppolo given their time in New England together. Sure, the 49ers were coming off of a Super Bowl appearance, but that was in the rearview mirror.

Related: Imagine Being The 49ers This Morning, Who Passed On Signing Tom Brady Even Though QB Wanted To Play In SF

Brady and his then six rings had every right to call out any QB in the league, but it’s the most logical to think he was talking about a QB he’s been up close and personal with, like Garoppolo.

San Francisco head coach Kyle Shanahan said last offseason that the franchise did look into the possibility of signing Brady, but explained that the move wouldn’t be the best long-term for the 49ers.